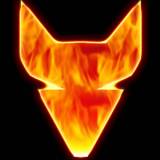 Someone did a video about Ryan hating pennies. I always got a kick out of that. I don't know where to find it, just wanted to mention it. We will miss you Ryan.

Well I did notice two rookies get Heavy after getting a kill from a nade in their first mission, maybe there is something to that. Some of it you can't help though, like crits.

Supposedly you can sort alter how your r

Damn mobile site. Supposedly you can sort pick how your rookies turn out.

Random classes and soldier countries, can these two things be patched? Is other disliking this as well that they might?

I want to make my friends but I can choose for them to me American (maybe because I am OCD), seems like of dumb. Also I have to restart again, because over half my team ended up being snipers. How about after a recruit is no longer being a rookie you can then choose what class you want them to be.

As you may know, I love video games. I'm even more passionate about helping my local Children's Miracle Network Hospital raise money for kids.

On Oct. 15, 2011, I'm combining my two interests as I attempt to play video games for 24 hours straight. I'm participating in the annual 24-hour video game marathon Extra Life and I would really appreciate your sponsorship.

Would you be willing to donate $1 for each hour of the marathon I play (that's just $24) to help me raise money for my local Children's Miracle Network Hospital?

You can find my page to donate to at http://www.extra-life.org/participant/shacks. All donations are collected securely by Children's Miracle Network Hospitals.

Thank you for considering this request for your support.

We also learned today that the studio has joined up with Electronic Arts through the publisher’s EA Partners business program. This means that EA will handle future publishing titles, and providing several million dollars “in seed capital,” according to the LA Times.

The president of EA Games Label, Frank Gibeau said, “At EA, we’re honored to be their partners and to give them the support they need to hire a team and return to making incredible games.”

For their part in establishing a new studio, Zampella told the LA Times, “We have learned the hard way that the best way to ensure the integrity and quality of your work and make sure the fans get what they deserve is to own the intellectual property.”

As you may recall, the pair were crucial in the development of the Call of Duty franchise (which, should be mentioned, is a multibillion-dollar franchise). Recently, West and Zampella found themselves in a bitter disagreement with Activision Blizzard, their former employer. Activision fired them about a month ago and they have since responded with a $36 million lawsuit.

There are no details about what the new studio’s first game will be, but you can expect “huge, summer blockbuster” affair.