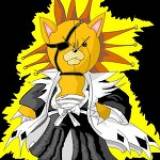 Ask Me Anything: Vampire Smile

My friends and I are writing for a small game site in our spare time (gameplaytoday.com). It's still unknown by the general internetting public, but it's steadily gaining in popularity. Thanks to that, I've just gotten an early code for Dishwasher: Vampire Smile for review. I'm very excited about it because I absolutely loved the original and it's the first game I've ever gotten early for any reason. So in celebration of this awesome circumstance I find myself in, I decided to make this blog post. I can't talk about the game yet, but ask me anything and I'll post answers to your questions to the best of my ability. On Monday. Because that's when the embargo's up.

What is with the hype surrounding this game?

I can understand the awesomeness that could potentially come from the idea of super hero universe crossovers, and there are few superheroes as well known or loved as Spider-Man.  However, everyone seems to be thinking this will be to Spider-Man as Arkham Asylum was to Batman, blowing every Peter Parker-based game before it out of the water.  With Spider-Man 2 (the movie the game), Treyarch struck gold by turning what is otherwise a sub-par game into a fantastic and unique one with a single mechanic:  the swinging.  Ever since then, Spider-Man games have kept the spider web-based travel system and although the games themselves got a bit better each time (with Spider-Man 3 being a possible exception), the swinging while being only barely improved upon each time, was always by far the best part of each game.

With Shattered Dimensions, the developers seem to have made the combat more fluid, spectacular and fun, almost approaching God of War, but falling short in my opinion because...well, you can't really get away with Spider-Man ripping enemies in two and having their innards flying everywhere.  One minor flaw comes to mind though:  THEY TOOK OUT THE GODDAMN SWINGING!  In pretty much every other sandbox game throughout history, you are sent from place to place to kill enemies, the fun only happening once you reach your destination.  In the Spider-Man games though, the opposite is true.  Getting to whatever group of baddies you need to beat to a pulp is always the best part, the actual fighting of any enemies being just sort of a tedious interlude between the oddly fast-paced and fun travel system.  With Spider-Man 2, I can't tell you how many times I would abandon going to the next mission just to save a balloon for one of the many grip-deprived little girls of New York.  As dumb of a premise as it was to let a damsel in distress die the next block over in order to save an effing balloon, those moments were some of the best in the game, while the real work Spider-Man had to do of stopping Doc Oc or whatever, was just kind of boring.

As decisive as I can be not having played it for myself, they've made the combat far more fun even than Web of Shadows, which featured the best fisticuffs in the franchise so far.  Just because the fighting is more fun though, doesn't mean it can stand on its own without the awesome swinging mechanic that has kept the franchise afloat up to now and saved its games from being bland beat-em-ups.  Only time will tell when the game is released in a few weeks, but while giving the next Spider-Man incarnation varied gameplay between levels might get rid of the repetitive nature of the previous games, I believe making it mission-based (in linear levels no less) was the worst decision the developers could have made.  I really hope I'm wrong on this one, but Shattered Dimensions really doesn't seem like the departure needed to rejuvenate the franchise.  Instead it's shaping up to be more along the lines of a multi-Spider-Man version of Dante's Inferno, and will be quickly forgotten with the onslaught of other, better games coming out in the next few months..

I actually passed the milestone on wednsday and was waiting until the site updated to show it, but since that doesn't seem to be happening, I might as well just make this blog post now.  I don't really have much to say about it other than I got to 6 figures with no sports games on my profile and through some miracle, I want to keep going.  I fully expected not to have any inspiration to continue to get achievements after that (no way in hell am I getting to 7 figures), but I suppose that just goes to show how stupid and obsessed I am with this arbitrary score that I want to keep going with it.  So....what do I win?

Okay so as you  may or may not know, you unlock the ability to buy a platinum ticket from Rodin after earning 10,000,000 halos throughout the game.  Since there is a fairly easy way to game the system and get an insane combo (and therefore rack up an insane amount of money) on the level 7 boss, getting that otherwise ridiculous amount of cash isn't too hard.  You can buy the platinum ticket for 999,999 and as your reward, you get to fight the game's true, by far hardest boss, Rodin himself.  You can't use items in this fight and without having unlocked the most powerful weapon or accessory in the game (pillow talk and climax bracelet), it was truly a daunting task to kill him because he will destroy you on 5-6 hits with a fully upgraded health bar, and he has the most health of anyone in the game, including what most people think of as the final boss.  Anyway, after hours upon hours of trying and retrying this fight, swearing up a storm as I did it, I finally beat him and unlocked the weapon you get for doing so.  Now as to the reason for this post, I normally don't go for super hard stuff when there isn't an achievement involved.  However, by taking it to that next level, I got more of a sense of accomplishment from doing this fight than I've had for getting any achievement in a long time.  This has actually reminded me something I've forgotten recently:  you don't need an achievement to justify doing something challenging and living up to that challenge is a reward in and of itself.  Long story short....I think I'm going to get Demon's Souls