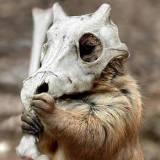 My Problems With RE5 PVP

First off I wanted to say I love everything else about RE5 and it's probably my game of the year. But I'm finding the new RE5 PVP is full of glitches and small things to piss you off. Did any of you guys notice this?

I'm Going To Be Around A Lot More

Well since I stopped visiting "the evil site" and started listening to the Bombcast almost every night this place is my new home. I have a long easter break so I'll be posting on the forums a lot and editing some wikis for the next little while. I hope to find some new friends and I'll try and comment on everyones blog. This place rocks!

For me it was probably Lego Indiana Jones that I got with my 360. I just found something hilarious about giant lego spiders and crocodiles coming to get me, only to get lashed by my lego whip and exploding into a thousand pieces.

A Bit Of Both

After Getting It With My Xbox I Would Say...

Definitely Kung Fu Panda. Maybe if I gave it more of a chance (And the fact I never played many games the year I didn't like) then this wouldn't be stuck here. But sadly for it, it's not the case.

Blogs Created:
5 blogs
Most Commented blog:
My Problems With RE5 PVP
Total Comments on blogs:
12 comments