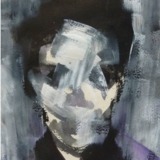 I've used the program @mrklorox is on about and it totally fixes the issue this thread is about. Would be nice to get it, or an equivalent fix, on GBi actual, the volume levels are the only reason I don't have GBi running constantly :x

Oh god, here is where I have to share my stupid old username.
I'm 'Brotenks' -.-"

Instant Family 5/5
I really wasn't expect to be as into this movie as I was, but It grabbed my attention in a way few films do. A super wholesome and emotional tale about adoption.

Oh my, this gave me goosebumps. Amazing job duder

Fantastic Beasts: The Crimes of Grindelwald 3/5

I was a big fan of the first Fantastic Beasts movie, I have a lot of nostalgia for the Harry Potter Universe and I thought that was a fantastic (Ha!) re-entry into the Potterverse.

This movie however, was kind of a mess. There were a plethora of plot points that I either didn't get or just plain didn't make sense. Character motivations seemed needlessly complex and contrived. And Johnny Depps incredibly presence and look are both undermined by crappy writing (Particularly in his speech where he lists off a lot of cringe-worthy in universe jargon)

All that being said however, there are hints of a great Harry Potter movie in here. Jude Law kills it as Dumbledore, not only his performance, but seeing the character again in a slightly different light was heartwarming. When the movie isn't shoehorning characters into the plot and focusing on the greater threat of large, it's actually pretty good. Hopefully the next one isn't too afraid of letting particular tertiary characters fall to the side and focus on a pivotal story in Harry Potter lore.

@darkmoney52: I mostly felt the same way. I did however enjoy the slightly philosophical talk about difficulty in games the racer lady was having with her goons. The movie misses the mark a lot of the time but that and the 'Does Zangief Wax' jokes were pretty good.

Creed II 3/5 - despite not having seen the first movie (or any of the rocky movies preceding it) I thoroughly enjoyed this. I particular enjoyed how the movie explored the motivations of both fighters, as well the coaches in their corners.

The story was a little predictable but the performance by Michael B Jordan, as well as the chemistry he shared with the rest of the cast went a long way towards selling me on his emotional journey.

The Ballad of Buster Scruggs 2/5

This movie just felt incredibly lazy to me. Six stories which don't connect to each other, non of which I found entertaining. It had it moments and the cinematography was fantastic but everything here just feels lazy and half arsed.

I haven't read this entire thread, so forgive me if this has been sugguested already.

Here's my idea: Have each series continue from the last video played but don't have it show up for ever vote. So say we watch 'Shenmue Endurance Run 1', In the poll for the next video 'Shenmue Endurance Run 2' won't show up but after X number of videos have passed, anytime the 'Shenmue endurance Run' shows up in the poll, it'll be the 2nd part and the time after that will be the 3rd part and so on. I think it'd be neat to have multiple progressing shows, We wouldn't marathon any of them but we'd still get through pretty much all serialized shows on the site (albeit very slowly)

I think that makes sense.