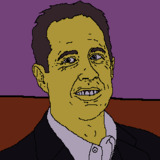 I'm always looking for people to play with on PS4! I'm not the world's best player, but I'm competent.

Yep! I play Overwatch and I really like how Blizzard has handled those loot boxes, for the most part. It's only ever cosmetic stuff, and they even tuned loot boxes to give fewer duplicates recently. When an event comes around, I'll often drop $20 on a stack in an attempt to get the new skins. I have no problem with the concept of loot boxes in general.

I would never, on the other hand, buy a loot box from a game like Battlefront. I'm dumb, but I'm not stupid.

Look, I don't know what's going on in this thread, but I do know that one of my exes used to love playing Magic. She even went to local tournaments and won a few. I'm glad that people like her have some representation.

Yep! I'm a sucker for superhero movies. Just shovel that shit into my open mouth, Hollywood. I'm your huckleberry.

Personally, no. Tolkien created them to be pure, irredeemable evil. They are, for all intents and purposes, Nazis. So, I don't feel any remorse and discomfort committing all manner of violent acts on them. To quote Samuel L. Jackson by way of Dave Chappelle, "Yes, they deserve to die, and I hope they burn in hell." Now, granted, I haven't played Shadow of War, so I don't know if the developers tried to humanize some of them at all. If they did, that's a mistake on their part.

I do, however, want to distance myself from a lot of the other people in this thread who also said "no." I'm seeing some of what I would call "anti-SJW rhetoric" in this thread, and that makes me more uncomfortable than popping any orc's head. There's nothing wrong with empathy or having second thoughts about committing acts of violence, real or virtual. These are admirable traits. It's far better to over-think things than to not think at all. So, while I disagree with the "yes" people, I fully support their reasoning in most cases.

For me personally? Yes. It would be near the top, if not at the top. This is, however, largely because I don't buy a lot of games.

Does it belong on a more well-rounded list? I would also say yes, but probably not near the top. Destiny 2 is an excellent game that feels just as good as its predecessor, but its endgame grind doesn't currently hold up as well as I would've hoped. There are so many improvements that could, and hopefully will, be made, but future improvements don't really mean jack at the moment.

Are clans not active in-game yet? It's not showing up, even though I'm in a clan on Bungie's site.

Sending a request to The Kessler Corps.

My PSN is Robosphere, but my Bungie name is Sharpless. Not sure how that works when applying.

God, I hope they're racist. Nothing gets my motor running like going all Punisher on a bunch of virtual racists.

I just played this. The first time, it was just a crack. (A nasty one, but definitely not shattered.) The second time, it was completely gone. The game has a lot of bugs and cringe-y writing, but this isn't part of that.