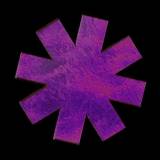 Some of you may remember me (maybe not) but I joined GB when it first opened up back in 2008 and after being active for a couple of months, I fell off the grid. After being swamped with school work and other distractions I kind of lost touch with this site. I've been visiting for the reviews and occasionally glanced over at the forums and it seems like we have a great (and larger) community.

I've always been a fan of the GB community, it's what influenced me to come back here. So for those who are still around and potential friends in the future, a crash course in my life for the past couple years:

I've always had a love for video games and with my pursuit of a writing career I'm going to work on blogging here and review writing. As we reach the apex of the roller coaster, plunging head first into a plethora of Fall games, be sure to check out my reviews and look out for me in the forums!
7 Comments

Karmasoft: the future is now

"How much longer are we going to wait?"

Spoken by the face of Giantbomb, and the future face of the gaming industry itself, Karmum. On the faithful morning of October 18th, 2008 Karmum entered the realm of Inspiration, Reconstruction, Creation (IRC) with one goal in his mind, deliver the future to us gamers who are blind. Yes, we are blind, blind because we let major corporations thrust their genitals violently down our wallets, reaping our money and prosperity in exchange for 3rd class games and consoles. But no longer will Karmum allow this brutual reaping of us innocent gamers like you and me.

You see, people like me and Karmum (mostly him) are visonaries, we take what we are given and ratify it for the people who want and crave more. By now you're probably wondering "what is this druggie going on about?" well let me tell you, Jolly Polly. Karmum is going to make his glorious step into the gaming industry. Karmum's life long dream was to make an impact in the gaming world, his father Joe Karmum was raised in the middle of nowhere, New Jersey and was taught one virtue by his grandfather William J. Karmum. Entertain, coming from a long line of entertainment clubs, young Karmum wanted to continue his family legacy of entertaining people but not by paladin clubs in medevil New Jersey. By making a video game software/hardware company, when? That's exactly what I asked him, what was his reply?

Yes, Now. But how? I pledged my support to him and his aspirations but I highly doubted how he'll launch his own company now. That was when he dropped the bombshell to all of us in the IRC. Karmum dropped out of college, yes, it's true. Following the foot steps of his greatest role model Bill Gates, Karmum is now knee deep in prepartion for the launch of Karmasoft, set to unveil in Feburary 2009. Get hyped people, get hyped.

All American's straight out of Bad Company, yeah that's right, when the army said no. They said please.
When America says please, they say yes.

Sweetwater and Haggard are the most perfect duo fit to run America, Sweet is the brains and Haggard is the bron, the lust, the sex symbol that defines America in the global eye.

They balance each other out, which is necessary when running against such candidates like Sears-Pikachu, who have not stepped up in anyway for America, where was Pikachu when the economy was bad? Japan, enjoying his money he got from selling cards, fact.

Remember America, to make a difference in the world, you gotta blow stuff up.

A couple months ago, I decided to stop limewiring all my music, why you ask? Well for starters, I hate having about 7 Disturbed entries under artists all with 2 different songs, I also hated getting spyware occasionally. So that's when I decided to start buying albums, I tend to avoid buying them online because I just prefer having a physical CD. I don't regret any of the albums I've boughten, maybe it's just me but I tend to appreciate songs and artists more after buying their music rather than just downloading them and deleting them. Not to mention the good sound quality, and when I rip the songs onto my Zune it's all neat and organized, that's a big thumbs up for me.

So anyway, I went out to Best Buy today for some music shopping and I picked up a couple of albums;

I'll be honest, after listening to St. Anger, Metallica went from one of my favorite artists to one of my most disappointing artists. So hearing about Death Magnetic, I wouldn't be the slightest bit surprised if it was the worst album by Metallica ever, maybe that's why I'm impressed with Death Magnetic as much as I am. You can tell that these guys didn't want to push for a new sound too much like St. Anger but they kind of did at the same time. They mixed their good old 80's sound with some newer sounding material, which isn't great or revolutionary or anything but it's nice to have a fresh new sound. Metallica has gotten alot of criticism concerning this album, the way I look at is that, Death Magnetic is nowhere as good as Master of Puppets but it isn't horrible. In the album spectrum (great and worst) of Metallica, I'd say that Death Magnetic sits right in the middle which is not bad. I would be lying if I said I was expecting Metallica to pull out all the stops to make this album one of their best, 20 years really changes a band's dynamics. I'm just glad these guys haven't become sell outs.


Rage Against The Machine; just the kind of music that makes you want to get up and overthrow the money hungry corrupt government. A band that is the voice of a generation. Unfortunate enough, they are not making more albums together. Instead Zack de la Rocha is working on a side solo project. One Day As A Lion and it's self title debut album came out this past summer my friend and huge fan of RATM HoNgKoNgPh0oEy brought this album to my attention. Zack has not lost his gifted lyrical skills one bit. What he does do different with his side project is he tries to go for a more underground rap sound than a mix of metal and funk. I don't listen to alot of underground rap, but I do enjoy it. One Day As A Lion is more of a demo CD than a full fledged album, with only 5 songs, Zack keeps it short and sweet. My only complaints about this album is that some of the beats in various songs almost sound identical, but like I said, Zack has not lost his lyrical genius. I would love hearing more from One Day, with expanded beats and instrumentals. But this album is great and a fresh new sound Rocha.


I didn't buy this album today, about 2 weeks ago. Thought I should add it in as well. I got into Shinedown from a mixture of sources, I was hearing quite alot about their newest album "The Sound of Madness" then I heard Devour in Madden 09 and I was quite impressed with the song. I wish I could say the same about the album. I'm not saying that this is a terrible album, it's just frankly, average. Shinedown has alot of potential in my eyes to be a standout alternative rock group. But their strength is their weakness, they don't do enough to stand out among other bands. I believe they can, but this album isn't anything great, it's just good.


Well that was my musical day of blogging, hope you all enjoyed it. I'd really like comments and feedback. Thanks for reading :)
7 Comments

Look, we all know the answer to this. To preserve the awesomeness of the picture, I have decided to not use it for about a week or two, because if you see it everyday, it just gets old, and stupid. So I request that nobody post it up anywhere for a week at least. I know it's tough guys, I know, but it'll be worth it. I promise. If you're in that bad of a situation though, I'll post it here for all your viewing pleasure.

I just thought I'd update my icon, The Offfsping logo was getting kind of old, and I guess I am a bigger fan of Red Hot Chili Peppers. What do you guys think?

I don't know how I thought of them, but they're both hot so whatever. I'd personally go with Megan Foxy.

I know it might be a little late, but it feels good. If this was Mass Effect, I would be a spectre right now, right? :D

Girls Next Door week! I'd go with Kendra, but it's a close call because both of these girls have.. Well, I'll let the pictures do the talking :)

Video game hotties this week! Not just any, it's a debate between an american virtual babe versus a japanese one, so who's hotter? I'd go with Mary for 2 big reasons :p what about you guys?