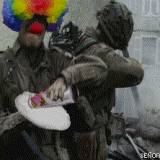 Nostalgia, and the feeling of being late to the party.

NOTE: I have to warn you, this is a VERY long blog post. It goes through 3 "movements", if you will, each of which is relevant and has its own style. I apologize about the dithering-ness of the first portion, but it was somewhat necessary to give that exposition.

Thank you for your patience.

What do they have in common?

They are all old games that are revered and played to this day, and set industry standards and conventions that some dev houses still can't quite reach.

And they all came out before I was 10.

As of this writing, I am 17 years of age. I first got into "mainstream" gaming in 2007, when I discovered that Halo was not an evil game, courtesy of my best friend. After that, I began to search for other shooters, which led me to Crysis, which led me to construct my own computer in 2008.

Before then, I grew up on LEGO Racers, Jak & Daxter, Age of Empires, Crash Bandicoot, and a handful of other, incredibly obscure games (ever heard of Gubble? Yeah, I didn't think so). For me, high-tech meant using Windows 2000 instead of 98 SE. After I discovered mainstream gaming, I "grew up" on such blockbusters as Call of Duty 4 (although I joined that particular party a year late), and downloaded literally dozens of demos - Crysis, Call of Duty, Quake 4, Unreal Tournament 3 - pretty much anything that didn't suck in everybody's eyes and had a trial version.

For the record, I appreciated RTS and other genres just as much as FPS. I'm just giving the above shooters as examples.

Obviously, having seen such modern titles, I was spoiled on the stellar graphics of our time. But I also wanted to know where we came from. So I searched for older games - the Quakes, the Half-Lifes, the Starcrafts of the past. And I enjoyed those games just as much as the new titles we have. But they didn't stick the same way.

Then, I saw the archived TNT that Giant Bomb had hosted for Quake, and it looked so incredibly fun that I wish I had Quake 1 so I could've been there.

And then I was sad.

What have new games done to us? What simple, raw enjoyment - wrought in the past though it may be - has been denied to us by the present? Persistent profiles, cinematic experiences, photorealistic graphics - what have these industry-changing developments done to the days when all you needed to have fun was a single, simple mechanic that worked flawlessly?

Obviously, such inventions were necessary. Nobody is going to play the same game, remade over and over by different people, for 20 years. But this inescapable tide of progress has, in sweeping our dearly beloved friend that is Gaming towards the masses, taken away the soul that brought it into our hearts in the first place.

It saddens me that I was too young to enjoy them, but still I yearn for the days when the sheer act of innovation was the impetus driving the industry.

Still I yearn for the days when skill was not dictated by Gamerscores or Trophy Levels, but rather by the noble and timeless way of challenging your fellows and defeating them through naught but skill alone.

Still I yearn for the days when the games we now call "Indie" were not relegated to the ten-dollar bargain bin, but were considered the AAA crop, the kings of kings, the uppermost of the crust.

Still I yearn for the days when gaming did not seek the casual gamer, but was instead its own man, confident in itself and unabashedly self-confident.

Still I yearn for the days that I was not there to see.

Gaming has brought itself to a new era. I will not discount the quality of the New Games, because they have done so much good for the industry that in the eyes of many there is no going back.

But at the same time, the games of the past cannot and will not be forgotten. Silent monoliths, watching the growth of That Which They Helped Create, while standing guard over one another - the remnants of a dying breed.

What can I do?

There is a popular story that goes something like this: A United States Patent Official once retired out of frustration, believing there was nothing left to invent. In the following decades, we saw the introduction of automobiles, airplanes, television, and electric computation devices.

I find myself feeling markedly similar, and yet completely different. As far as I can see, there remains no undiscovered game, no unique genre or mechanic that has not yet been made. And yet the amount of novelty that games have brought to us feels so stifling that I cannot help but feel overwhelmed.

What can anyone do?

The strength of the present is dwarfed by the immortality of the past, and yet I am afraid to jump in to this strange and beautiful world. Those who remained faithful to these giants, these wonders of gaming history, have accrued such absurd skill from playing the same game day in and day out that a newcomer has no hope of joining them.

And yet the prospect of becoming a part of these experiences - the Quakes, the Starcrafts, the Counter-Strikes - whose brilliance and raw strength as games may never be rivaled, is simply too tantalizing to ignore. Would that I could have been there during their heyday.

What is there to do?

Thus I am left here, with these conflicting sentiments.

Struggling to identify the question I need to ask.

Left with only nostalgia, and the feeling of being late to the party.

Thoughts on the site from a new guy.

Woohoo. I like this site so far - it has panache, and it's a lot more relaxed than some of the other sites out there. I'm definitely here to stay.

I first found out about this site when the Starcraft II Beta was released - I heard this site had a really good live stream going, so I dropped by to check it out.

I was not disappointed.

The commentary was so funny I felt like I was going to suffocate from laugher, the content discussed was relevant and high-in-quantity, and pretty much everything else about the site screamed "you'll love it here!" I'm not sure why it took me so long to create an account, but I'm glad I finally got around to it. I'm here to stay, and proud to be part of Giant Bomb.

Blogs Created:
2 blogs
Most Commented blog:
Nostalgia, and the feeling of being late to the party.
Total Comments on blogs:
16 comments