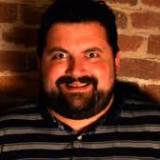 They should bring back ATBs. n.n;

Link to stream It's still going on!

Anyway, hopefully this doesn't get locked for spam or whatever, but my message is clear regardless. Also John Romero is for trans rights.

It might not be ripping off Destiny in terms of mechanics, but the fact that Destiny exists is partially why Anthem exists and I think there's something to be said about it.

I really liked the build variety in the first game and how you could approach it, but there are so many games like it now and I'm kinda ambivalent.

Honestly do we actually need to dogpile on this game anymore? Alex has had multiple rants on the site already. I really enjoyed it as an interactive B movie and it's pretty weird to see people having these huge over reactions. It's a videogame using a very common scifi trope. It's not framed as a solution to racial tension. I mean at this point if you don't like how David Cage games plan out but still bought this one you really have no one to blame but yourself.

1. Yes, I want to talk about this game. I purposefully didn't go into deep detail about /how/ his treatments of themes are harmful simply because I didn't want to get into spoilers, but yes, this game made me mad and I made a thread about it.
2. You like the game as an interactive B movie? Congrats...? You didn't bring rational thought to it or choose to ignore its themes to enjoy it as an adventure game with choices. I talked to you in the first paragraph, I'm glad you enjoy it...I guess. Also, you clicked on a thread that discusses the racial themes of a video game, I mean if you don't like how my thread planned out, you have no one to blame but yourself.

Sorry if I sounded mean spirited, I don't like to be. I understand where you come from to an extent. 'Why can't you like a thing I like, why are you reading into the context.' It's because the game's context is so poorly thought out and IMHO, harmful, that I wanted to discuss it.

..Okay more like the worst game of 2018 I played. It was a toss up of this and Kingdom Come: Deliverance and since I didn't completely finish Kingdom Come, this won the dubious honor. This is going to be controversial like most of the threads I put up are. I don't care, I need to get this off my chest somehow. There's going to be 'some' spoilers to this mess of a game, so if you're on the edge of your seat about that stuff, be warned I guess. Although, I avoid the nitty-gritty for my own sanity.

Let's start off with the one positive I can give this game, technically as a multi-faceted adventure game, I can see why this game got high marks and if this got on your GoTY list, I'm not here to judge you. There was a shit ton of work put into this game and I love choose your own adventure stories. This might be the most impressively put together one of those that might ever be achieved. The game can go into many different directions based off what you do or don't do. But like the longest toenail achievement in the Genesis Book of World records proves, just because's something is 'technically' impressive, doesn't mean that what you made or accomplished is any less questionable or reasonable.

Writing about this game is a struggle for me and it's a minefield to talk about a game that deals with themes that this game...tackles. But if David Cage was so 'bold' as to make allegories to slavery and the civil rights movement without much consideration of what he was doing, than I feel that I at least can't be as shameless...so here goes...

Detroit is a game about a marginalized group of people who are segregated, blamed for the economic downturn, who just so happen happen to be produced by big corporations who then are investigated by the FBI for having freewill... and oh jeez....Help me.

I can't get through the damn plot synopsis. To try and get into the mind of David Cage as best as I can, I can only guess that he wanted to make a sci-fi game about racism without mentioning race overtly, so he instead made PoC into androids fighting for their right to be considered human...but then he wanted to also fit in an allegory of the myth of American economic anxiety in there to sound smart and...

I'm sorry, this doesn't work. I'm a white guy, I'll admit that upfront I can't speak for PoC, but I speak on behalf of white people that neither can David Cage. I can see a decent story told with the growing autonomy of technology taking over the job market and requiring human civilization having to retool society and including topical themes around that. In fact, stories like that do exist.

Again I can't speak for PoC (persons of color, btw), but they are not machinery that were made to improve the human experience, they are human. They didn't become human, they were always human. I don't get a cookie for admitting that and David Cage doesn't get a cookie for his poorly told 'racism is bad' story. Racism is just bad.

So there's an overall TL;DR positve message: I'd like to see more experiences written by people of color. If the industry is willing to make a game of this scope about the experiences of the marginalized, let's hear it from people who have the experience, not from pretentious white 'auteurs'. In fact, it doesn't even have to be about their experiences, just hire more people of color writers. Thanks for reading!

There weren't really as many options around in 2008 as there were in 2018, which is partially why the forums died down I think. I was a lurker back then, I don't think I started posting until 2010(?) and I took like a 2 year break or something. Anyway, with the spam bots and such, I dunno if the forums are even necessary, but I like em.

Skyrim comes out on phones.

Why don't you ask him?

I mean, my mind reader is out of batteries, so it's hard for me to guess. :P