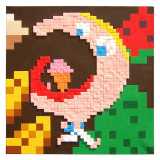 I need to state that watch later would be very important for me and would get me to use the site more. To elaborate:

I mainly watch GB videos on my Apple TV through YouTube and the Giant Bomb app. In order to keep track of the videos I haven't seen I would essentially bookmark the videos on GB I still need to watch. Eventually, when that list got way too big, I started using a YouTube playlist to keep track of the non-premium ones. That helped a lot but now I have two different lists and it's a real pain in the ass.

What I would absolutely kill for is a way to tag and easily see all the videos I want to watch later, as well as either have them automatically sortable by show or make it easy for me to do so. Heck maybe let us make our own playlists easily.

It's a lot to ask, but as I've gotten busier in life my ability to watch GB videos has decreased dramatically. I still love watching them though, and I would hate to lose track of what I have and haven't watched as I eternally try to catch up.

I can confirm that things are working again for me as well.

Want to chime in that the tvOS app stopped working for me last night as well, a few hours after the update. What I saw of it was fantastic though!

I've also been worried about the dock scratching thing as well, and hate screen protectors. I found this solution on reddit and liked how it looked so I tried it out using the exact same velvet paper from Michael's:

It was pretty easy and it came out really nice, though docking the Switch now feels a little tight, even though I only did the front facing pair. It still slides in easily, but the added width to the rails in the dock now make it impossible to not slide against them. I'm still debating whether this is better than it was before, but I'm gonna try it out for a week or so and see.

One of my profs last semester showed us Kern Type in my design class for my Web Design program.

Completely forgot about it until now, always meant to play it.

Late to the party but sent an invite request. GT: ChilliTris.

Not sure if I brought enough though.

I swear to god I was the only kid who was obsessed with John Bellairs, especially his books about Johnny Dixon. I think I read them all, and I know I still have most of them. I am tempted to read them again, but scared I will ruin the nostalgia.

Now you can jerkoff while you play video games thanks Paris Hilton!

What, I wasn't supposed to be doing it before?

I think it's an issue with matchmaking with a party. I was able to find games on my own no problem, but when I was in a party with another guy we ran into some issues. We got into the first game no problem, but when the match was over we were dumped out on our own to find another match, which never happened. We spend 10 minutes trying to get into another game with no luck. Guess they have some kinks to work out.