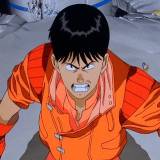 OK, I've been a member of this site since day one (admittedly I'm a lurker somewhat but I have a decent amount of posts to my name!)

But this quest system will have me here even more often (than daily) to check things, update my status and more - a great idea to get lurkers like me more active!

What a day it has been in the gaming world today

Firstly Activendi published a list of games from the former Vivendi games stating that it was bringing in several major franchises, Crash Bandicoot, Spyro, Ice Age, Prototype, and one as-yet unannounced project. Leaving out several games Vivendi already had in development, most notably Ghostbusters and Brutal Legend. There was what could rightly be described as a community uproar across the internet gaming community resulting in a spokesman releasing the following statement.

"It is not cancelled and will not be canceled." via Destructiod

Star Trek Online: Not Yet Dead

Cryptic Studios announced earlier in the day that they have taken over development of the Star Trek Online MMORPG. Announcing for the first time that the game is also being developed for consoles, though they remained tight-lipped about which console they were developing for.

Molyneux commented on the future of Fable

Peter Molyneux discussed the future of the Fable franchise telling Gametrailers "We've got plans for Fable III, IV, and V, actually... It's a big story arc, and you can see that if you've played Fable II you'll recognise things from Fable." Molyneux then went on to comment about possible future franchises out of Lionhead studios hinting at the prospect of sports games among experiments in other genres.

Microsoft announced that silver members of Xbox Live will be able to play cross-platform multiplayer games for free during the month of August - the catch? According to my research only two games currently available are cross-platform Shadowrun, which the developers have announced they will no longer support and Uno.

August 13th on XBLA, August 14th on PSN. The game recieved an M for Mature rating - presumably because of exploding heads.

In an unusally unprecented move that makes sense, the UK Govt has announced that prisoners will be denied access to games on the taxpayers dime, and games rated 18 have been banned outright. Possibly the irony of a prisoner going on a digital killing spree from the safety of his cell has become too much for the understandably concerned prison guards.

A confirmed date of September 23rd appeared on the games official EA Singapore site, within mere minutes the date was changed to just Septermber 2008, though that hasn't stopped Gamestop and Best Buys websites having 9/23 as their release date although Amazon seem to have missed the rumours entirely quoting 9/30 as the release date. How true a September 2008 release is remains to be seen, since after 8 years in development, what is one more delay?

That's pretty much it, a lot has happenned this fine Tuesday and we will wait to see what happens tomorrow.

What I love about Giant Bomb

Well it's been just under a week since the site launched and its been the high point of the week for me. Though outside of the interweb it has been a horrible week indeed, but more on that later. The forums are the Wild West of the site, a rogue figure on the hill, the sherrifs do their best but they're so wild that they can only realistically clamp down on the most heinous of crimes (Rickrolling, porn, trolling and the likes) I must admit I love it, posting on threads that normally would be banned so fast it hurts, able to read whole threads without posts being deleted or having posts faded out because the users that posted them have been banned (if you don't know what I mean look at the escapist forums - there are bans every 5 minutes it seems). The wiki system works excellently allowing the users to contribute content to games they are passionate about, it's a shame then that the number of submissions were so high the team practically drowned in them, I think there are still submissions that are four plus days old but no-one is angry, because they know that all the submissions are being dealt with as quickly as possible. On the whole this site feels like what the web SHOULD be, and especially what gaming sites should be, removing both the pretense and the assumption that because the staff are journalists they know all, while the plebs know nothing.

I truly envy those of you going to PAX there are questions I would love to ask the team as well as Rich and Alex. Though in all honesty I suspect the pair of them are here in some form.

I never really was a part of the community with Gamespot. If I am not involved in something at the start I tend to shy away since internet communities can be so closed off.  So I am glad I got involved here at the start and I look forward to seeing how it develops.

Anyway onto the real world, this week by Nan died of a stroke and this site has been the comfort blanket I kept coming back to, so thank you Giant Bomb, you've made a difficult week mildly enjoyable at times. For that I truly am grateful.