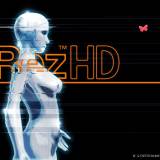 @dartwa: There was also a similar thread here which sounds like it could be the same issue.

I grabbed the 5th code, thanks

Had some feedback on GAF that this working for non preview members, hope it helps out.

I was able to access the BC 360 games on my Xbox One by doing the following:

1. Find a user who has played a BC 360 game on their XB1 (Major Nelson has Mass Effect in his list for example, e is also good for a few games).

2. Make sure you are following them as a friend.

3. Go to your Friends tab on the xbox one dash and go to the 'Popular with friends' section

5. You should then have view in store, install etc options

This has worked for me for Hexic HD, Perfect Dark,Mass Effect and Defense grid (all digitally purchased previously).

You can also use external hard drives (USB 3.0 only and larger than 256GB) to transfer installed games over to the new console:

The drive will be formatted when used with the XB One so make sure anything on the drive is backed up first.