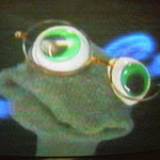 Years back, I played through Half Life. Then I played Half Life 2 and early on, when I got to the point where Barney joked about Gordon Freeman putting his M.I.T. degree to good use by flipping a switch, it got me thinking.

What if Gordon Freeman is mentally retarded? Or perhaps just really slow. Brain injury? At no point in any of the games is there anything that is done that would demonstrate some sort of advanced degree or special training. In the first game he pushed a box on a track. The argument for him being specially trained is that it's a dangerous experiment and he would know when to insert the material for the experiment to work, but really.....they pretty much just stuck him in a hazard suit and had him go push a box.

There are a number of instances where people either congratulate him on a really well done job when it doesn't really seem like he did anything that involved using his head, and in most cases when anything needs to be done on a computer or anything complex needs to be done, either Alyx or Kleiner or even one of the Vortigaunts does it for him.

Where is the office of the genius theoretical physicist at Black Mesa? Why is this genius reduced to an errand boy at the facility? Why is Alyx the one to always open doors for him?

Every time I replay any of the Half Life games I have this perspective now where all the scientists are in on it. They all like Gordon, so they make him feel good about himself by praising him for the mundane tasks he completes. In his mind he's a brilliant scientist, beating on computers with his crowbar. When he leaves, other people just shake their heads and sigh, saying 'poor guy. he's so nice and willing to help. shame about the head trauma.'