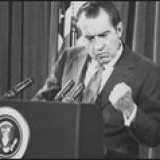 I've had thoughts bubbling around in my head for a while so I figure it'd be best to get them out.

Basically what this game makes me think of is the old GameSpot review scale where there were a bunch of objective grades on things like graphics and sound, but then there was a section called Reviewer's Tilt where they could bump up the score based on how they feel about the game on a subjective level.  I've only encountered one game in the past that made me feel that disconnect between what score I might assign it objectively and how I feel about it subjectively, and that's Radiata Stories. I loved that game even though I can rattle off a litany of problems it had.  Final Fantasy XIII is now the second game to fall into this category for me.

The combat system is awesome. I love the paradigm system, I love how difficult the battles can be, that they require so much strategy and careful planning/timing. I love being the coach, I love that I can generally trust my team to do the right thing at the right time.  Sometimes I wish I could assign roles individually instead of having to choose an entirely new paradigm.  Sometimes I wish I could assign priorities, for example I wish I could tell my medic to concentrate on reviving a KO'd party member before working on yellow health bars. I wish I could "mark" an enemy for everyone to attack so that I can use two Commandos without having them split up and attack different enemies.  I love the corridorish nature of the game, I really do. It feels like Uncharted The RPG where I'm seeing tons of great setpieces and gorgeous environments and I know that everything was meticulously detailed and placed before it was handed over to me. I love that feeling, which is why I didn't like wandering around Pulse, running back and forth across a field.

I like the characters, all of them.  The storytelling, however, was pretty weak which is unfortunate.  I thought the story itself was actually very good for about the first 80% of the game but by the end they'd lost me. It felt like the characters waffled back and forth about what they wanted to do and by the end I was not exactly sure why I'd killed who/what I'd killed.  The things people do in the cutscenes occasionally seem to have absolutely nothing at all to do with the words that had just been spoken, it's so bizarre.  The cutscenes were flashy and generally cool, but they were so shallow. The first thing I'd do when a major cutscene finished is pop open the Datalog and read a well-written explanation of what had just happened and only then would it click.  That seems like a pretty significant shortcoming to me, especially when I've seen what someone like Matsuno can do with cutscenes.

But despite all this, I've been hopelessly addicted to the game, thinking about it nonstop when I'm not playing it.  Not wanting to turn it off when it's 12:30 in the morning and I think I can make it to just one more save point.  I have loved playing through it, truly.  On the Giant Bomb scale, I'd have to give it four stars, one of those stars being my Reviewer's Tilt.

Plus hey, this is the only RPG I can think of which has in-battle fall damage. So that's something.