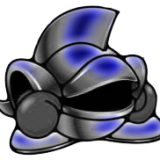 Not enticing to me. I ads don't bother me and most content I'd watch isn't behind the paywall, so no biggie.

I had tempered expectations but no matter what I found good, by the end of the beta I'm unsure if I'd recommend anyone to buy the game. I have Gamefly so I'm renting but the beta did not give me any confidence that we're going to get depth out of the modes or unlocks.

It's only one mode of the game. Doesn't seem all that bad. Matches can last around 15 minutes, so I think it's a healthy amount.

Only 4? I thought it was just going to be Hoth! And I would have been happy with that.

Same here, this thread was a pleasant surprise. Figured each of the modes shown in the beta just had one map tied in.

Edit: I didn't play BF4 but if you compare to BF3 weren't most of the Rush maps just scaled down and redesigned smaller areas contained in the conquest maps? For instance Metro. I always saw conquest as the de facto mode in BF3.

They were scaled down and it's entirely possible that could happen in Battlefront with smaller versions of the Walker Assault maps. I'm not sure if I'd be disappointed with that.

Based on the beta, it could definitely go that way, although I think Evolve fell off more than Titanfall in terms of numbers. That's just my feeling on the matter, no facts behind that.

I just don't feel confident in buying it after the beta. It felt empty. I didn't even feel that way in the Battlefield 4 beta with one map and Conquest mode. If it's really as barebones as the beta in terms of unlockables, Battlefront will drop off badly. I don't think that will happen but it's a sad possibility.

@belgurdo: By the looks of it, there will be not shortage of wackiness.

On the same token, Patrick never played the PS2 era Ratchet games so I'm not entirely sure what he is judging them on outside of the Future games. But I guess this looks closer to those games than anything that Insomniac has put out since.

Then he may have been speaking from the experience of the others. Maybe.

@narujoe93: If you're talking about the overall game, I'd say it's new and fresh for Insomniac but not in games as a whole. It looks like a wackier, free-moving Dead Island. And that actually might be just what it needs to be fresh enough for everyone.

To @yummylee point though, I think he was just saying that R&C: Into the Nexus wasn't a Resistance or Fuse. It was true Insomniac. But I do see your point.

not sure this deserved its own thread, and sounds like you answered your own question by mentioning spyro/ratchet and clank...

Well, Sunset Overdrive is way more Mature in its "lightheartedness", so I felt there was a bit of distinction between those. And where could I have posted this if this didn't merit a thread? o_O

The most notable and well received part of insomniac is the part that's humorous, and slightly cartoonish. People remember them for ratchet and spyro, not resistance, and definitely not disruptor or fuse. Another aspect of the company that is fondly remembered is their weapon design, which the new trailer for sunset overdrive flaunts. This is definitely seems to be a return to the insomniac people actually love, sure they have tried to do other stuff outside of that label, but none of it has really been successful.

I see that. I was interpreting the mature themes and humor as what people were calling "old Insomniac."

Disruptor was, I suppose, a little more serious with some tongue-in-cheek humor. I don't know. It was the 90s, so it's hard to look back at that and call it "serious."

And of course there was Spyro and Ratchet & Clank which were more lighthearted and goofy, obviously Spyro being down that vein than Ratchet & Clank. Then there was the Resistance trilogy which was more serious, then recently Fuse, which started out the closest thing to Sunset Overdrive but they EA'd (at least I think).

So where am I missing the connection?