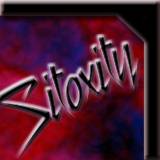 B was the most apt but I didn't hate it. I just disagreed with the way they went. When they further explained what they meant with the EC it just solidified the fact that it was the way they wanted the game to end and I'm okay with it. That doesn't mean I like the ending, and some of the story beats during the game fell a bit flat for me, as fun as it was.

I still stand by Mass Effect 2 being the best game in the series so far.

I've got a Female code and am looking for Male.

Also, they never said they were going Free-To-Play, and they don't seem to plan on doing it.

You mean aside from making it free to play up to level 15?

Do not kid yourself. This is merely the first step.

You do realise World of Warcraft is free to play up to a certain level?

I do (and they let you play more, since the f2p cap for WoW is 20), but I also realize that WoW has almost ten times the subscriber numbers of The Old Republic.

Level 20 in World of Warcraft is around the same as level 15 in SWTOR. The first cap in WoW was 60, not 50. It's around the same amount of content either way. WoW has way more subscribers and has been out a lot longer.

There's no reason that having a trial game like this means they're going Free to Play. If it were, WoW would be already be Free to Play as they implemented this trial years ago.

Also, they never said they were going Free-To-Play, and they don't seem to plan on doing it.

You mean aside from making it free to play up to level 15?

Do not kid yourself. This is merely the first step.

You do realise World of Warcraft is free to play up to a certain level?

Put it on the PS3 and Xbox, their is no MMO (since FFXI) on the 360 people would play it, cut a deal with 360 with a special with gold and tor sub combined. Otherwise you will never make money back with free to play

Also, they never said they were going Free-To-Play, and they don't seem to plan on doing it. MMO's don't go on consoles often because it doesn't tend to work. FFXI was hardly successful, just having it on more platforms wouldn't mean more sales, it'd mean a more widespread userbase. It would also take a lot of development time of NEW features away to making the ports. You really want them to take 1 to 2 years out of getting new features, bug fixes and the like for a console version? That's not a smart idea.

They need to sort out the population, that's all. Right now, it's spread across a vast amount of servers. Merges would work, but character transfers will too. Once people get back to populated servers it'll go a lot more smoothly.

I don't know if there's a specific GB one, but I know that someone else around here runs a corp. I run one too that I'd be happy to let people in, but I've not been playing recently and won't until June, out of fear for losing my Hulk during Hulkageddon.

@Mageknight: The Perks are probably so cheap because it's character specific, and not legacy specific like the older patch details.

Honestly, I'm glad these things are coming into the game, but there's not much in here for me. The Group Finder will make Flashpoints easier and might mean I get to play them at the right level and I'll probably boost some of my levelling XP some way, but I enjoy the story, so it's not liked I'd be skipping missions or anything just because I levelled slightly quicker.

Server Transfers will certainly help server populations, but it won't fix the problem. A problem that only exists because of the servers they opened up day 1. It's not a lack of population in the game, it's the fact that it's spread SO thing when the queues were so widespread in the beginning, they need to look into merging and deleting servers, rather than transfers. Would be interested to see how a transfer effects Legacy too.

There is no "proof" that they were finished before ship. It might prove that a form of them existed before ship, and then were scrapped. It would make sense.

"Hey, we made these awesome CQC maps!"

"That's cool and all, but BF is mainly out doors, people won't want this. Let's put them on the back burner and playtest the larger maps first"

Then they test, tweak, design and finish up the maps we got, then the Karkand maps, and then when people got a boner over Metro because it was a clusterfuck, decided to revisit maps that were previously scrapped for DLC ideas to extend the life of their game and give the people still interested in the game something to look forward too. Because, you know, making people content that they want is a good thing, right? People like expanding their game? Well, not Ahmad, he mad. At everything.

The assumptions given are stupid, if the game was in a finished state and had these 9 maps ready for release and these maps WERE being worked on, you cannot prove they were in a finished state before ship. Even if my own idea of what happened is wrong, they could have still been playtesting and tweaking the map up until release. People have work to do. Level designers have nothing to do after a level is finished, of course they'll move onto the next project early. Just like artists would have been the first ones to start anew.

I'm in agreement with most of the guys in this forum, people complain about shit way too much. If you don't want it don't buy it. You know what? I fucking hate Deathmatch and clusterfuck gametypes and maps, so I'm probably not going to buy this. Do I give a shit? No. Simples. I'm not complaining about content to a game that I enjoy playing from time to time because even if I did want it, why would I bitch about GETTING NEW THINGS?!

Also, to the guy above me, Tribes: Ascend has one of the best Free to Play models out there. Every single item you can unlock can be unlocked via play time instead of cash. The ONLY things that are cash only are boosters. You cannot "buy power." You pay for a fast track. The best comparison Battlefield wise would be the packs you can buy that just unlock everything. I'd much rather free to play shooters end up like that than in the new system for APB. That shit is broken.

I know at least when I tried out the voice commands in Halo: CE Anniversary it was a little too long to be useful in a combat situation (throwing a grenade, reloading, etc.) Is it the same in Skyrim, or have they made it almost instantaneous?

How does it feel in general? Something you'd keep using or just a novelty?

The interaction with Jack was pretty good after you continue it after 2 into 3. It's always acknowledged by both characters too.