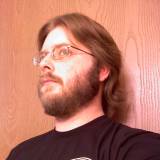 oh, i need to update my photo

Civ 5 was on sale

since it was -40% i ended up buying it.  i am not sure when i will actually get around to playing it.
so remind me, again, why do I buy games on steam sales? oh yeah, I AM SAVING MONEY... by spending money... ugh!

I just got a new power supply, antec 500 watt.  And I was thinking about buying a new computer, but considered just upgrading my video card.
I am not sure if I want to stay with ATI/AMD  or get a nvidia 460.  I am not looking for anything top of the line.  And, while I wait for my tax refund to hit my bank, I am looking at sales on newegg, amazon, and best buy.  Best buy is the only local retailer with decent stuff, and not having to worry about catching the shipment would be worth not saving $20 dollars by getting it online.  But, if it is going to be 30-60 dollar difference, I would order from the Egg.  Also, the egg has much wider variety.  But, any problems, best buy is 10 minutes away... if they have a card i decide to buy with my rewardzone points.

next week i get paid less to do the same work

they finally took the job code back to what i was before I took a temporary promotion.  I have been back doing my regular job for several week, but still getting the extra 1.10 an hour.  Oh, well, i guess it was good while it lasted.

after working at walmart for over 10 years, i have lost most of the joy i remember from when I was a kid.
i am not really sure if it is just from growing up, or if it is the retail environment... I think the biggest part of it, is walmart is all about getting more sales, and this is the time where sales are most competitive.
Seems like I just buy more beer this time of year.

I looked at steam specials this morning.  And, Trine is cheap again.  I already have it, bought it back when it was on sale last holiday.

Gamefly Brings Me: 50 Cent: Blood on the Sand

One of those games that I was told, "You should play" but never told it was good enough to buy.
So, here I am, game in my possession.  Haven't even opened the envelope.
I am not off to a very good start at hitting 'Big Ass Ramps' or hearing rappers shout line at Fitty.

I don't think it is that different from life before age 30.
But, psychologically, I am at a milestone.  I am no longer in my 20's.  I am lumped in with Adults always... rather than sometimes being grouped with teens/young adults.

I get to wear a heart monitor

I have been experiencing a few weird heart rhythms and went to the doctor again.  I have worn the 24 hour halter monitor, which didn't show anything dangerous.  This week, i was feeling a little ill, and was having the 'palpitations' for 3 days in a row.   The doctor called them PVC's.   In order to determine if I should take any medications, I get to wear this monitor for 30 days, which records when I hit a button.  If I have an episode that I get recorded, I get to report it, by phone, to a nurse for analysis.

I don't really expect to find out anything from this, other than what we already know.  My heart likes to act out sometimes.
One bad thing, I broke the belt clip off the damn thing today.  I wonder if it happens often enough that they won't charge me for the damage.  It isn't part of the recording part, just a snap on holster type thing.

Oh, and I get to rip hair out when I peel off the electrodes, unless I shave parts of my chest.
They don't want people to use a cell phone to call in the recordings, but that is all i have at home.  I guess I will have to hope I notice it more often when I am at work.

Should I buy a bottle of 30 year old Scotch?
If so, what kind?
Would it even be possible to find a bottle from a batch that was 'born' on the same day as me?  I believe that it would be too hard to find such a stock unless there are companies that list the actual date on the bottle.  I know it isn't in the bottle for a long time.  But, It would be an interesting idea to drink something that is the same age as myself.  I think grabbing a bottle off the shelf that is labeled 30 years would be enough.
Right now, I don't have any idea how much a bottle of 30 year old scotch would cost.
So, if you think it would be a waste of money, what should I do for my 30th anniversary of my escape from the womb?

I don't have much to say.
I hate my job.
I miss the way things were when i was a kid.
I wonder if people that aren't as smart as me are happier because of it.
It's not that I think I am entitled, but sometimes I would like more good things to happen to me.

Blogs Created:
20 blogs
Most Commented blog:
i guess i donated a week's worth of pay to Child's Play Charity
Total Comments on blogs:
83 comments