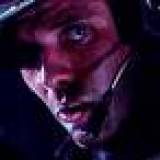 So, I just saw "The Street Fighter" with Sonny Chiba. It was quite awesome. The gore and the acting was all over the top. I almost loved every minute of it.  The ending is such  blue balls though. I hope I can find the other 3 movies.

I think the main reason why I got the movie was because it was called "The Street Fighter" and having heard of Sonny Chiba in some circles' discussion. I got it from the pawn shop (among other movies.) for cheap. I wonder if there was a lawsuit from the people in Capcom or if Capcom ever got sued because of this. Hmmmmm..

So this blog post is mainly about Sonny Chiba. Who is the Asian Chuck Norris. You know what he fucking does? He fucking kicks ass though the power of Kung Fu.
It is so unbelievable in many parts especially when he


All through the power of KUNG FU! He is the master and can take on many amateurs.

The story line is so 70's awesome. He has to save this Millionaires' daughter from mobsters.  The ending is such blue balls.

So while I was watching this movie, I came to the conclusion that there needs to be a Red Dead Redemption but for Kung Fu set. If it was done well, I could see more people become interested in the Kung Fu genre because of it. or may be not. I don't know. but I would most certainly buy a PS3 and  play it if it were on the PS3.

For the last thought, I'd like to let you all know, Jet Li and or Jackie Chan couldn't even compete with the badassery of Sonny Chiba.
1 Comments
Load Comments