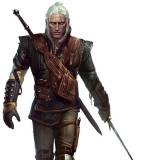 @Cincaid: You can buy it on Amazon and activate it on Steam.

you cant gift it to other countries, so im pretty sure that wouldnt work either

Do you mean it wouldn't activate on Steam or what?

@Cincaid: You can buy it on Amazon and activate it on Steam.

@jakob187: I had some stutter while playing the game despite having a high framerate average for the most part. Capping the framerate to 40-45 seemed to eliminate most of it however, which was weird, because the frame counter did not seem to indicate that I had frame drops that would cause the stutter. It wasn't horrible or game breaking mind you, just noticeable enough to be mildly irritating at times.

Also I wish frame rate lock would become standard in games, Im playing on PC and it's all over the place I would rather have it locked at 30fps than jump from 35-60 all the time, makes it look like a buggy mess

When you launch the tool, it also launches an On-Screen Display Server minimized near the clock in the taskbar. Click that, go to settings, and there you'll find the option to limit framerate to whatever you want. Works amazingly well! I had to use it back when I was on a Core 2 Duo for the CPU-bound games like Skyrim, Saint's Row, etc.

If you have a relatively modern machine, you shouldn't necessarily have to do that for this game. Maybe try to tone down the settings a bit (MSAA and Post FX especially) and enjoy a consistent 50-60 (assuming you have a capable machine)?

Just how bad is it, though? GB is the only site I've seen complaints about the 360 version. The framerate drops are the only thing that would really bug me, but I need more evidence.

Is anyone checking this thread well versed in videocards?

Can anyone give me an idea of what type of performance I can get out of a AMD Radeon 6900?

I don't mind playing with some lower settings if I means getting a smoother framerate.

You'll be just fine. For reference (posted it in the other thread):

@murisan: Same here. I also have a 6870 so I guess I won't touch this game until they do some optimization or get an upgrade. I'm not sure if it's Ubisoft cranking everything to 11 or it's just another poorly optimized PC port from Ubisoft.

I just don't know why Ubisoft even bothers with PC version at this point. Well one game off my list.

Aren't the console versions the ports? Since they're having trouble with resolutions and framerates. The PC version has at least enough video settings to make it both run smooth and look amazing which can't be said for all ports.

What weird is though, that you can't disable SSAO in the settings, I don't even know what exactly it does or if it improves something.

As for the water, it doesn't really look that great to begin with and I've seen better water in videogames.

Port (highly unlikely) or not, it's a really good PC version with a lot of scalability to run across a wide variety of hardware. It even has an FOV slider for crying out loud!

SSAO simulates light radiation off non-reflective surfaces. More often than not it's a frame-hungry feature, but it seems like MSAA, Post FX and shadows are much more likely to give you framerate problems at higher settings than SSAO in this game (at least from what I've tested). You can't turn it off apparently while in DX11 mode, but if you switch to DX9 it should become disabled.

The water in this game isn't Crysis water, but it does the job. And this game is way more fun than Crysis ever was, IMO.

@mordukai: You're being very silly. You shouldn't go by a benchmark that only tests maximum settings and nothing else and assume you're not going to be able to run it. Merely dropping MSAA yields huge gains in framerate. I have a 6850 and an i3 2120 and it runs pretty well with some reduced settings, and it still looks great.

Great deal on GMG. Unfortunately, the Uplay shenanigans showcased in the QL mean I'll be waiting until after release the gauge the game's reception before making a purchasing decision.

Fuck you, Ubisoft. Your historically abysmal DRM has cost you a preorder.

There is no always-on DRM anymore. UPlay has an offline mode, too. If this wasn't the case, I wouldn't have bought it.

I've had the game since yesterday, played close to 10 hours so far and I've not encountered any issues.

@Sackmanjones: MSAA, post effects and shadows are what seems to be the biggest drain on resources, in that order. AO didn't seem to have such a huge effect on FPS when I tried the different types, but I eventually set it to HDAO just because it looked the best to me.

I'd say that's not bad at all.