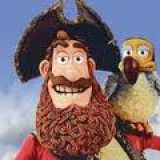 I noticed i have two Steam Discount Vouchers in my inventory that soon are out of date.

50% of Total Warhammer II - cant be used after the 21th of november.

Figured some guys here might want them so send me a message here and get in touch if you are interested.

This is the first community and website i have followed very closely over the years. It brought me back into gaming again much deeper than it used to be. So i fully agree with this site being a gang of friends i never met. Having spent much of my time focusing on work and career this site at time was my first source of entertainment after along day/week of work.

Keep up the good work GB!

Havent had alot of time to try this but been running into some issue when testing it with a controller. Every time i hit the a button on my 360 controller it switches the input to mouse and keyboard. Not sure why this is happening, so for me wanting to place this on my PC from my couch that ruins it alittle for me.

@doctordonkey: Yeah still throws up saying the group no longer exists, but as you say it being a beta it might be buggy. Will add the second link aswell to the first post just in case.

@doctordonkey: Tried a few times now with you link but just throws up a message saying that the group no longer exists. I noticed the invite links in the group system in Battle.net has a limit to the amount of invites and also a time limit. Did you change the two of those when you made the link?

@doctordonkey: Tried pasting in you link but it just gives me a message that the group no longer exists.

@butter_rump: I will attempt it again and add it to the first post then.

With the recent update to the battle.net client there are a new social function with groups.

Just wondering if there existed a GB group with fellow duder?

Searched alittle on the forums but unable to find a mention of one.

Thanks to @doctordonkey for the group:

There didn't seem to be a group made, so I went ahead and made one. It's pretty bare bones in terms of what you can do, but it still seems like a good way to group up and play. People need to use a link that blizzard creates to be invited, you can't seem to invite people not on your friends list. I'll place the link in my post, someone should probably add it to the OP. You need to paste it from within the Blizzard App. go to the "Social" tab and then select "Groups". Then click "Join Group" and paste the link

In case people struggle with the first link @doctordonkey made a second link, but it being a beta it might be buggy for someone as it is for me right now

I have to say it was interesting to read, your feeling of coming into it at this point.

Personally i used to play more online games (MMO and some FPS games here and ther) before as a student. Now i have turned 30 and alot of time I just play alone or maybe some coop with a friends or family. In a weird way i havent lost the interest but i kind of lost the will to sit down and play sometimes. So i have ended up gravitating more to games like Diablo 3 and similar, when i play i might just solo and listen to some podcasts or audiobooks.

Though I feel like i need to expand the group of people i play with, even if it is just causually. Hoping that can revitalize my interest in games alittle more than it currently is

@mems1224 Thanks for pointing out the discord/reddit will have to see if i might find some fellow GB duders to play with.

Regarding people just being shitty online i as most people just end up ignoring those and reporting commenting as other people have mentioned. I know that isnt a good answer, but some people just seem to have the need to scream into the internet.

Edit: Sorry for any typos or bad grammar.

Normally listen to both as soon as I can. Either earbuds while working at the office or out on a excersise ride on the bike.

Keep up the good work Jason. Sending my support, didnt manage to catch the UPF and was one of the guys hoping for the archive to show up. Normally watch the archive as i eat breakfast here in Norway.

Though being in the thick of E3 prep i know this isnt the top item on your list. You are a great addition and been doing a great job since Drew left, being the lone producer