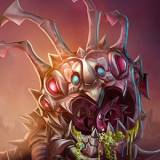 Hey, I just looked up "doesn't fucking get it" in the dictionary, and I saw about 75% of the Giant Bomb community!

Good article, Patrick. This issue cannot be brought up and talked about enough in my opinion, though I wish most gamers (wait, should I change this to "men"?) weren't quite so thick-skulled. There's a difference between women presenting themselves in an attractive way and their being objectified. When companies (run by men, almost certainly) stick attractive women in skimpy clothes and put them alongside their products for no other purpose than to have them serve as eye candy, that's demeaning and disrespectful. They're playing to the lowest common denominator, and it's pitiful that the industry still panders to the CoD/Madden cocks (both literally and figuratively). It's like going to Cannes and seeing half-naked women presenting the next Harold and Kumar flick.

Oh, and fuck you, George Broussard.

Are these women slaves? Are they brainwashed? They are models working for money. I think you're being disrespectful by very negatively portraying the work that they do, as if it's somehow inappropriate and they are bad people for doing it...

How is it demeaning and disrespectful to notice that a person is attractive?

Noticing is one thing, ogling is another, doing so loudly and proudly towards a woman you don't even know who's just minding her own business and doesn't have time for creeps to stare at her nonstop... unrelated to the booth babes of course, it's their job to be the eye candy away from the product they are representing... wait, what?

Also, I love the 'NO U' in your post, very hilarious. Just as hilarious as the time where you missed the entire point (Along with a shitload of people posting) of the entire critique in the article. But the best part though, of all of this, is how defensive and outraged people are getting over this critique.

What about the objectification of men in video games? This article completely glossed over how much (and often) male game characters are objectified in homosexual pornography aimed at females. It`s just as "bad" or "good" for both sexes.

In short my point is that there is nearly as much exploitation of men in games as women, it`s just not out in the open in the mainstream games media and video games themselves.

Did someone say slashfics of Alistair and Zevran? No? Too bad. And I wouldn't say there's as much, but it's so blatantly obvious with the women that it's hard to ignore. But that's another topic.

Okay, seriously, I'm done trying to figure out the logic of the people posting. You guys just never bothered to read the fucking article or have missed the point colossally. Well done people, well done.

Umm... can someone explain to me why everyone is so outraged about the topic being brought up? I mean seriously, reminds me of someone getting more offended at someone who says they were offended by something. And by reminds me, I mean, it's exactly like that. I am confused at the outrage over the critique. Or am I thinking too hard into it and it's really a bunch of guys who wanna continue the whole no girl club of gaming?

If it is the latter, are Homers banned from this club too?

Would it be more acceptable if it would be booth dudders:

Aw, man! I want to be a booth Duder! Also, now you guys have to look at this picture again.

Fuck, give it a rest. Or starch up your black-n-whites and show up to 2013 E3 in full puritan dress code. Thump on a bible every now and then and glare at people while you tell them how they should be thinking and living their lives.

What you just said couldn't be more spot on with my sentiments. It's called freedom of artistic creation. If we demanded that every subset of a society be shown in a positive light all the time, we would end up with a single ultra politically correct movie that would repeat ad infinitum. The characters are as the creator envisioned them, and if they are shallow then his creation's quality drops. You can't force art to be as you would like it to be unless you are the creator yourself. You can only judge its overall quality.

Another thing, I don't think anybody is denying that there aren't examples of women in gaming that could be taken as "sexist", but how much of that is legitimately intentional? Did the creators of these characters put them there specifically because they just hate women? No, they did it because that's how they wanted those characters to be. Sure a lot of female characters fall into tropes and cliche's that could be taken as "sexist" from some angles, but did these creators make them like that on purpose, specifically because they feel women aren't as good as men and that they need to be marginalized in video games?

Just with regards to the section in bold (and italicized for neatness), that's kind of a problem in and of itself. Kind of a point that's made over and over again by... well anyone in the social sciences. Just popped in to say that. I myself don't exactly don't know enough about her to make a judgement on her credentials, but Extra Credits had the same discussion a long long time ago, and I know at least a dozen or so university profs who would be able to talk about the subject without needing any money (Probably because it's their job, but hush, don't spoil the point).

Also, nobody is demanding every subset of society be shown in a positive light. At all.

At this time, it's the most adorable champion on League of Legends, Kog'Maw. Look at how adorable he is, d'awwww.

Yea, after you kill them all, you have to backtrack juuuust a little bit, I didn't find him until I played the score attack for the level. Then I found him again on Hard, then again on Old School. I also play this game a bit much.

Doesn't affect me in the least, but it's neat I guess and certainly garners him a few more votes. Not like he's trying to get states like North Carolina anyways, so he might as well.