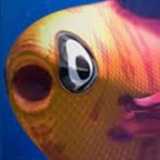 @deathpooky: No, Stephane D'astous agreed that those games didn't sell enough, that things were going badly, and that things needed to change. He resigned because the higher-ups didn't involve him in a creating their new plan, and because he didn't like their new strategy, whatever it is.

It's kinda funny that so many people were upset that SE considered the Eidos games financially disappointing, when it it turns out that the developers actually felt the same way. It seems like everyone that works in the game industry simply has overly high expectations.

I'd say you should go with p3p. Personally, I found it difficult to go back to the original persona 3 after playing through 4, but the changes they made to p3p made it much more approachable.

While I'm looking forward to playing the new dmc, I can definitely understand why so many people are so bent out of the shape. It's been 5 years since the last dmc came out, and it really doesn't seem like we are ever gonna see that style of dmc ever again. So while this new DMC might be a really cool game, its release does effectively mark the end of a much beloved series. And I think it is a tad frustrating to have people who never really like dmc to be celebrating that fact.

Yeah, I think it's a bit silly overlook or look down upon games like Journey and The Walking Dead simply because they're smaller in scope. That being said Shane Satterfield has always put a strangely large emphasis on the length/replay value of games, so at least he's consistent.

While the Assassin's Creed series plays fast and loose with history, that article is completely off base. It's clear the person who wrote it hasn't actually played the game and is making completely false assumptions about AC3 in order to push some agenda. Why would Scoops support such trash?

I think the only other possible contender for giant bomb's goty is The Walking Dead, and that ultimately hinges on whether or not Jeff likes it, and I really doubt that he will.

I've only played through the first mission of Dishonored so I'm not exactly an expert, but it seems like the way the stealth works is simply different from other stealth games. It seems like in Dishonored if your in someone's line-of-sight, regardless of how visible you are, then you fucked up. It just seems like a game about using your environment to avoid the guards' line-of-sight entirely, rather than about sneaking through the shadows. So the idea of communicating to the player how visible they are seems to go against the entire design philosophy of the game.

"Our stealth model is mostly based on enemy view cones and occlusion. Darkness matters at a significant distance, making you more hidden. Up close, the enemies facing and field of vision matters most. (Stay behind them or behind something that blocks their view."- From Harvey Smith's blog

Personally I've always felt that Resident evil games played like total crap, so I've found this whole thing to be both vindicating and a bit confusing.

I just think it's bad form for a developer to harshly criticize other games without proving themselves first. For me personally, I'd prefer that devs speak their minds instead of just mindlessly regurgitating PR talking points. But criticizing other devs or the industry at large without giving yourself the same treatment or proving that you can do better just makes you look like a dick.