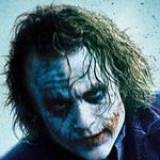 Prophecy (Originally posted on my GS)

Hey guys, this is just kind of a random blog. I had a hilarious dream last night that I thought I should share with yall. So, my cousin and I are in Gatlinburg (didn't look like it at all but it was mentioned in the dream so yeah) and we are just going around looking at the sites. We are looking around and see a HUUUGE hill (mountain like but the grass was full, dark green, and well trimmed). On top of this hill we see a humongous church also. For some reason we got the urge to go in (I have no idea how we got up there but people were filing around the sidewalk so we followed). When we entered, it was more like a huge club because you could here music. There was also a ladder in the center of the room and a set of stairs winding up the wall. I began to climb the ladder until I reached the top. Waiting there was a Judas Priest concert happening right there. I distinctly remember them playing "Metal Gods." So, we chilled up there for awhile and then I began my decent down the ladder. Like halfway down, the ladder began to rise up and then, very ubrubtley, it started to fall. I was still on the ladder when this happened and then it just slammed into the ground and I was perfectly fine.Weird huh?That's where it ended and I thought it was utterly amusing. Anybody got any ideas on what it means?
1 Comments

Hey guys, I'm from Gamespot. If you knew me there I had the same name minus the 13 at the end of my name.