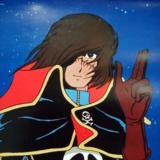 Simpsons seasons 3-8 and it's not even close

It's the No Shooters Club, we're allowed one!

For the first time in about 18 months, I'm playing an actual videogame that isn't just Pokemon GO (Which is really fun when you have someone to play with)

I downloaded Pokemon Soul Silver after somehow never playing it before, despite being a huge pokemon game fan. I think when it came out, I was just slightly too old to play it genuinely, and it felt ironic to play it, so I somehow skipped it.

I'm enjoying it so far!! I just got to Azalea town and I really like my little team of mans. I'm using Chikorita, Onyx, Hoothoot and Rattata, and they're pretty much 4 mon I wanna take with me all the way to the E4 really!! The only negative I can put on the game is that it's SO bare bones. Like you go to a CITY, and there's 2 buildings that aren't either the Mart, Centre or Gym. I can't really hold it against a 20 year old game, but after playing the more modern ones, this one seems basic as fuck.

Aside from that, I just downloaded the new Octopath on the phone, which I've seen some people say is better than the Switch release, so I'll report back in a few days!

God Hand, for sure.

Dan always talks a big game, but he's so full of shit

I actually found BOTW to be totally average

I'm having trouble taking ROH seriously with Jonathan Gresham as the champion. I don't know anything about the guy, but he is like 5 feet tall. The top of his head barely even clears the top rope when he's on the apron and Tony Schiavone towered over him in last week's interview. He may very well be a great technical wrestler, but having him as the top champion in the company just doesn't compute for me.

Last call for being added to the DM.

I'm gonna get the whole thing rolling this week, so if you've been missed out, please comment in this thread so I can get you in :)