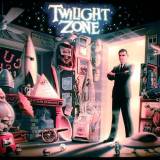 So, you clicked on this blog for some reason. I'm not sure why you are so interested in my opinion, you creep. But it's cool. I like how you want to know my top games from the glorious year of twenty-twelve. I wouldn't have done this tonight, but moderator ThatFrood is forcing us to get these out by new years for the GB Community GOTY, and I thought "oh why not just do it now". So here goes!

(Also, I'm about done making this blog and I just noticed I'm putting these in order from 1-10 (1 being best, 10 being not as best) which is dumb of me. I don't feel like going back and switching it to descending order either. So it's just whatever. Deal with it.)

So this game has one hell of a story. I laughed, I cringed, I yelled, I even ultimately shed a tear. This is an experience to be had. The characters are seriously some of the best in any game ever. I actually cared about these people. It was like Clementine was my own daughter. I was going to keep her safe no matter what. Some episodes are better than others, but overall the game is fantastic. It's the best adventure game ever made, really. It's also my GOTY for 2012. I cannot wait for season 2.

This game is just pure adrenaline fun. Non-stop shenanigans at every turn. Whether you're setting a turtle on fire with a flamethrower, or jumping down from rooftops onto bad guys with your newly equipped Japanese Tanto sword, this game is just FUN. I have yet to finish the story (3/4th way through) and from what I've heard it doesn't really deliver in the long run. I do believe the game has a great set of memorable characters, though, of course Vaas being one of the best characters of 2012. When sandwiched in between two games with great narratives, you may think I care highly for story in games (which I do, Bioshock is my favorite game ever) and that I would dock it a few spots for it's shoddy story. This I won't do, though, because this game is the most fun I've had playing a game all year. Also, the competitive multiplayer is a pretty good Call of Duty-esque multiplayer suite and the co-op is okay as well if you're into that.

Blogs Created:
17 blogs
Most Commented blog:
Is it just me or is this game stupidly hard? (Spoilers)
Total Comments on blogs:
152 comments