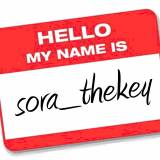 Disney Interactive Studios announced today that Disney Universe, a fast-paced multiplayer action adventure game, is currently in development for PlayStation®3 computer entertainment system, Xbox 360® video game and entertainment system from Microsoft, Wii™ and Windows PC/MAC. In Disney Universe, players will experience non-stop action through a mix-up of worlds inspired by both animated and live action films from Disney, including titles from Walt Disney Animation Studios, Pixar Animation Studios and Walt Disney Pictures. Players will suit-up as iconic Disney and Disney•Pixar characters and embark on adventures to power up their hero, battle powerful adversaries and master challenging puzzles to save the universe. Disney Universe is slated for release in fall 2011.

In Disney Universe, players can select from more than 40 classic and contemporary Disney character costumes, including Alice ("Alice in Wonderland"), Mike ("Monsters, Inc."), TRON ("TRON: Legacy") and Stitch ("Lilo & Stitch") to explore six different worlds inspired by legendary Disney and Disney•Pixar films. Each world will allow players to experience objectives and missions that follow Disney and Disney•Pixar movie storylines. Players will select a character-based costume, with each costume offering a specific tool that changes and grows in power as players adventure through the game. Disney Universe offers frenetic gameplay, multiplayer with up to three friends and slapstick humor that will appeal to players of all ages.

The fun will continue on with plans for Disney Universe to be an expanding universe post-launch with items for download and new content available. Additional worlds, costumes, and more will be available for purchase, giving Xbox 360 and PlayStation®3 system owners an ever-evolving gameplay experience.

I am a big Disney fan so this is really exciting for me. A game where I can dress up a chibi like over than 40 Disney characters, yes please! I say we speculate what the other 36 costumes will be!