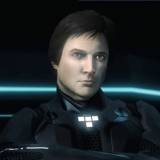 Dont worry Jeff, Gotenks rarely appears in the new series and movies, if anything it seems it only appears to get his ass kicked.

Hey guys, the seven minutes off topic discussion about Fast & Furious was terrible, at least the wrestling discussion makes sense in context of Dragon Ball. Just say NO to Dan, Jeff.

Dragon Ball Fusions is pretty fun. One of the better Dragon Ball games out there.

@sevith: They can see the first two chapters and just watch the films and skip until post Resurrection stuff.

Dragon Ball Super has the two Vegeta moments that you want, Dan and Jeff. Though Vegate interacting with Bulma like a actual couple happens in Battle of Gods.

Also, you guys are going to love Super.

If you guys like the Buu saga you will love OG Dragon Ball (if you ignore the pervy jokes) and Super.

@moonwalksa: I think is mostly because Cell Saga is way more conclusive of Dragon Ball as a whole (Goku dies and Gohan is now the hero) than Buu (minus End of Z, of course). They probably arent thinking that the series is ending. I mean, is not exactly uncommon to hear people saying that they should have ended in the Cell saga (while I dont agree, I see their point)

One of the things that I think really needs to be commented on is people claiming it's obvious Price is "toxic", because she had problems when she worked at Paizo.

One of those biggest "problems" was her wanting to warn people about a sexual harasser, when her managers didn't want her to, and they kept covering up his and other sexual harassment. This ended up escalating in people from the harasser's company getting drunk at a convention, having to be pulled away from women, the cops having to get involved, and the only reason he didn't get arrested was because he was at the convention with his kids.

She was apparently very "toxic" to want to warn people about this guy, and the company pressured her to be quiet until he started physically attacking folks . And somehow, Paizo is being defended by these people who are VERY concerned with toxicity, and harassment, and... not at all with sexual assault, apparently. Hm!