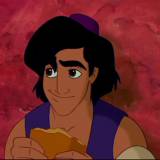 A congratulations to the marketing teams at Sony.

While I have owned my PS3 for several years now and have enjoyed many of the systems exclusive titles I frequently buy multi-platform games on my Xbox 360. I do this for several reasons ranging from my larger friends list on 360 to my general preference of the 360 controller. However, this year Sony has, through good ol' fashion business marketing synergy, enticed me to buy three multi-platform games on the PS3.

At last year's E3 press conference Sony unveiled two of these titles. The first being Dead Space 2. With each copy of Dead Space 2, a game whose predecessor I played on 360, came with a copy of Dead Space: Extraction. So, for no additional cost I would be given a second game. And one that I had been interested in playing on the Wii several years prior. In actuality I had played Extraction previously for a short period of time. I thought the game was atrociously slow for a "guided first person experience," but none the less a free game is a free game. That is unless you count the $50 Playstation Move controller I will need to buy if I wish to play this now, supposedly free, game. So, to reiterate, Sony has gotten me to purchase a game I was planning on buying for 360, for a game I didn't even like, that I must buy a $50 controller for.

Also announced at last year's presser was the news that Portal 2 would be coming to the PS3, ending the long silence between Valve and Sony that came in the wake of the third-party ported, and completely broken, Orange Box for PS3. Along with this announcement came the news of a revolutionary cloud support system via Steam for the PS3 edition of Portal 2. This did, though, not entirely concern me as I still planned on purchasing Portal 2 on what many would assume be its lead-platform, the PC. But last week, in a crazy pants announcement by Valve, it was revealed that anyone who bought a PS3 copy of "Portal 2" and connected it with a Steam account would receive a free copy of the game on the PC. So, while I will still own Portal 2 on the PC, as originally planned, Sony has insured that I will still be laying down another $60 on a PS3 game. Whatever backroom business shenanigans Sony had to agree to with Valve to produce this amazing offer will be stuff of legends!

Last is a game that I have toyed with buying in the past, Tiger Woods PGA Tour [Insert Year]. I have only bought one of these games in the past, and while I am not a fan or player of "meat space" golf, I poured hours into it. The time I spent with Tiger 05 for the Xbox led to some of the most fun I have ever had with a sports game and I have for the past few years attempted to recapture that with the series more recent entries. Tiger 09 for the Wii implemented Motion Plus, which nearly hooked me back into the experience. But the Wii's lackluster processing power failed to provide the graphical quality I had come to expect from a modern title. This year the PS3 edition of Tiger will feature Move support out of the box. Furthermore, the PS3 will have an exclusive collector's edition with five additional courses. So, not only has Sony gotten me to buy the PS3 copy of Tiger 12, I will be spending an additional $10 on the collector's edition, a modest increase at $2 per additional course. And let's not forget this further incentivises my purchase of the Playstation Move controller.

So, Sony, bravo. You have brilliantly marketed your system and new motion controller into $190 worth of games that I would have otherwise given to your competitors. Now please support the Move better than Nintendo did with the Motion Plus.

Blogs Created:
1 blog
Most Commented blog:
A congratulations to the marketing teams at Sony.
Total Comments on blogs:
28 comments