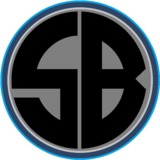 That snorkel's been just like a snorkel to me!

Oh hey there. Are you tired? Because you've been Ghostrunnin' through my mind.

Motherfuckers, it is time. Time to get yourself a Yoo-hoo and a frozen burrito. Time to unbuckle that belt and lay back on your favorite filthy anime full-body pillow. Hold your breath, make a wish, count to three, then come with me to a world of puerile imagination. I'm gonna take your mind out the same way I did your mom - treat it to a nice dinner, some scintillating conversation, then kiss its cheek in a gentle farewell of gentlemanliness before getting called back to do unspeakably horrible things together on a bed of your childhood toys. I've got Ninja Turtles in places you don't want to imagine.

DJ. Play my music (if the YouTube embedding feature is fixed this year).

Bangin' "Hot Sauce" of the Year

I have hot sauce in quotation there for a reason. This year's bangin' hot sauce is definitely more of a sauce than hot, so much so I almost disqualified it on account of it being more like barbeque sauce - maybe because that's what its makers are better known for. That said, it's the best thing I've been putting on burritos, tacos, and potatoes all year, so this year's hot sauce award goes to...

There's practically no heat here, so if that's what your'e after, you're going to want to accompany Stubbs with a little extra kick, be it through peppers or extra hot sauce on the side. But for my money this year, there's been no better sauce than this one. It's a little sweet and damned flavorful, unlike most green sauces out there. It's also pretty easily available, which has been a big bonus this year in particular. It also mixes extremely well in chili, soups, and cheese sauces. I've really liked it in mac and cheese and as a dipping sauce for chicken strips.

The Questionably Best Game I Played in 2020

Rage 2 probably wouldn't have made my top ten in another year. It would have been close, but I think the underwhelming story would have knocked it clear.

That said, I haven't played a lot of games this year. According to my 2020 list here on Giant Bomb, I barely played over ten, which sounds right. There isn't enough quality games on there to even make a top five for the year, let alone a top ten. Rage 2, then, by default, wins simply because it's probably the least problematic game I played all year. Valhalla is fun, but too buggy at the moment to recommend. Leisure Suit Larry: Wet Dreams Don't Dry will have its own special award later. Ark was a pleasant surprise but ground my PC to a screaming halt every time I played.

My only real problem with Rage 2 was the save system, which felt archaic and broken right from the start. The story is also bland, with some cliched characters and less zaniness than you'd expect given the way the game was marketed. But overall it's a completely solid open world game, with all the side activities you'd expect in such a thing. It's a time waster, a pleasant one that never aspires to be anything more than that. And this year, that was enough.

For the first time I can remember, I'm allowing a tie here because it's a dogfight. Sorry's 925 came out so early in the year, with most of its singles debuting in 2019, that I almost forgot it was released this year. It's smart, pulpy rock, sort of a dreamier, less produced version of Garbage that I freaking love. There's an uncomfortable haze to their videos too, a sleepy uneasiness that appeals to the writer in me. Starstruck and Right Round the Clock are straight up terrific songs, and if you like them, check out the rest of the album.

But then there's the 800 lb. gorilla of July Talk's Pray for It. It lacks the snappy hits and highs of their self-titled debut and Touch, but I honestly think this may sneakily be their best album to date. It's a slow, introspective, full-bodied thing, quietly vulnerable, shy, and smarter in its writing than the previous two albums. I had to listen to it a couple times before I realized how much I liked it.

I went into Leisure Suit Larry: Wet Dreams Don't Dry expecting to come out of it punching myself in the face for playing it. I am an unapologetic fan of the first two games of the series, and like most of the others in the series proper at a distance right up until the series went 3D. This is, thankfully, more of a nod to the original two games with some smart updates. Deaths don't matter, for example, and the puzzles make much more sense. There are still some occasional hunting and pecking problems, particularly with a ring in a fountain that escaped me for the better part of an hour. But this is, strangely, one of the better straight-up point and click adventure games I've played since The BUTT 2. I won't spoil anything, but it's willing to get weird in a way that's really refreshing.

That said, it is problematic, and anyone going into it should know there are some jokes in terrible taste, particularly when it comes to trans people. The sequel also falls into the trap of including more puzzles for the sake of padding out its length, and includes a labyrinth sequence that makes its claims about the number of environments in the game highly suspect. The second game also unfortunately makes the decision to ditch its "hold the spacebar and see the hotspots" mechanic in the areas when you'd need it most, like a portion of the game where you're using a telescope to seek out the clues about where your lost love has gone.

These games have problems, then. But if you can work through the ill-advised portions of its humor, then you'll find a completely solid pair of adventures.

I wasn't expecting an Andy Samberg vehicle to knock my socks off, and that's unfair. After all, I really like him in a lot of things, particularly Hot Rod and Brooklyn Nine Nine. But Palm Springs is one of the smartest comedies I've watched in a long, long time, since maybe I Love You, Man.

The basic plot, which is a reimagining of Groundhog Day with a much more grounded romantic sensibility to it, is heightened by sharp dialogue and a bleak existentialism shattered by Cristin Milioti's brilliant character. Seriously, despite the absurdity of the "why" of her character getting sucked into Samberg's problems, her character is one of the best female leads of a comedy, full stop. How she fixes their situation by the end of the movie is terrific. A lead actually using their brains rather than some schmaltzy romantic deus ex machina is a fantastic take on things.

I didn't watch many movies this year, but of the ones that I did, this and Shazam were real delights.

TV Show of the Year

Letterkenny sometimes suffers from its own recycled jokes and lack of character changes, particularly when it comes to its Goth meth guys and the hockey broskies, but overall it's a sharp-witted show with a core of central characters that I really love. It doesn't hurt that the low-budget and small-stakes storylines allow the focus to remain on the back-and-forth mile-a-minute jokes, which again are best delivered by its core four characters. It's a show best taken in small doses, but a couple episodes here and there and it's one of the best comedies on TV.

Also, a special mention to Stumptown and High Fidelity, gone far too soon.

(Shoutout to @sweep who shared that last song on Twitter)

Book of the Year

I've talked before about my love for Emily St. John Mandel's brilliant Station Eleven, which somehow took the apocalypse by plague and crafted it into a beautiful character study of hope and farewells. It's without a doubt one of my favorite books of all time, and this year's Glass Hotel cements Mandel's place as a writer of simple, beautiful prose and characters so real you want to grab them and hug them.

This is another character study, this time of a young woman caught up with an investor running a Ponzi scheme in 2008-09 and the characters they touch upon along the way. It is, in its own way, more haunting than Station Eleven, in that these people are more ethereal. Every person in Station Eleven mattered, while in the Glass Hotel, every person is simply part of the machinery of the world. Vincent - the young woman at the center of the story - is a brilliant protagonist who feels as real as you or me.

There are a lot of interesting parallels to Station Eleven, as this is, in fact, a parallel world to that one, with several characters getting a moment from that novel in this one. But that's almost unnecessary. This is a book all its own, one of people searching for connections even as they skim across the shallowness of their lives. It is stunningly good.

Giant Bomb has been killing it this year. I've been tuning into more content than ever before. Trucking. Drumming. I've even been enjoying the hell out of some Nancy Drew. We needed distractions and they were provided plentifully.

And the Giant Bomb crew proper aren't the only ones who deserve credit here. The forums have been a quiet, calming place this year (at least from the outside - I'm sure the mods have been working overtime). GB Infinite is still the place to come and spend a few minutes chatting when I'm not working. The community is still, impossibly, one of the best on the Internet. This year, that's not just hyperbole, but the truth. I'm looking forward to seeing what's coming in 2021, starting with the GOTY awards. Much love to everyone on the site. You're all the best.

I know it's brief this year. I'm drained. You know why and it doesn't need to be said here. We have a lot to hope for in 2021, a lot of rebuilding to do, and a lot of sweat, blood, and tears yet to be shed. So let's do it, and make this the year of the comeback.