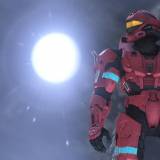 @hangedtoaster: @mikeeegeee: @hoossy: I was underestimating the 30 minute mark - it was probably more like an hour. But in any case, I've spent far more time in game, this time playing Tank Superiority. And still, it is pretty terrible. I'm not a terrible player, but there is so few ways you can be effective on these maps without every factor going your way. Tank superiority definitely does remove the number of times you die before you can slog your way to the middle of the map (no heli's), but again, the number of tanks is far too few. I was in a squad with FOUR people and between all of them, I could not spawn on anyone (for one reason or another). No tanks at spawn. There was little choice but to strap on an rpg or some c4 and head off to try and not be useless. I had some success cowering behind rocks near the flag, capturing it and then disabling/destroying vehicles, but after the ammo ran out there was little choice but to attempt an open field run to a nearby friendly tank, or to just sit tight and try to stop the objective being taken.

So again, my experience with AK has been hugely frustrating. I've spent about 4 hours or so on it now and I die over and over and over. It is so boring finding no options for spawning, being forced to spawn at the base, finding zero vehicles and then being forced to foot slog it. You might as well not even use the assault class. Other than engineers and the odd sniper, the other classes are next to unused from what I've seen. And yeah, players spawn at flags, but it's pointless. Scenario: Spawn on Armoured Shield, say, D flag. If you don't spawn onto a raging tank battle, you are free to find a vehicle. 90% of the time, I've not seen one. Queue now being stuck in the middle of nowhere, with NO vehicles and surrounded by enemies. AK practically forces you to camp at your base to wait for tanks. I like the freedom of tactics for the main BF3 game, but this is a pointless dlc that is terribly executed.

Like a trooper, I will keep on destroying my k/d spread, being bored out of my skull and try to bring you a better summary in the form of a blog post. I want to spend at least a solid 24 hours (read hours, not day period) with the damn thing and try all the new stuff so as I don't get blasted by fanboys when I post my final review.

Terrible. But of course this is only after about 30 minutes of games time.

So far I played matches on Alborz Mountains and Armoured Shield, and only Conquest. I rage quit before I got any further.

Why do I think it's a terrible dlc? First of all, the maps are too big for the console's player limitations. The 64 player PC lobbies would be FAR superior. Secondly, I spent most of the first games not really knowing where to go, where the enemy spawns, and where the vehicles are placed. The tank destroyers are terrrrrrible. They'd be suited for a normal map, but apart from the driver, all the other passengers have to settle for pea shooters which are effectively useless in a full-tank game.

And full tanks? PAH! Although I sincerely hope it's different for Tank Superiority, for the two maps I played vehicles were scarce. This was the scenario on all rounds I played: Every dumbass jumps in a tank and rolls off without a passenger thinking that there will be more in the spawn. This leaves most of the players sitting around either waiting for tanks, hopping in a jeep or going off on foot. The tanks which you do get are shitty tank destroyers. Otherwise you set off in a jeep (which I have to admit, are super fun) only to be blown to bits by the enemy tanks. The people in tanks seem to last forever and you can never reach them on foot or in a jeep without getting owned first, so it's just a continuous cycle of waiting for shitty destroyers, getting bored and rolling off on foot or in a jeep, dying and getting owned by helis, tanks and rpgs, respawning and never even seeing a tank! I've had more tank warfare on maps like Caspian Border and Operation Firestorm!

So that leads me to believe that the new maps should probably only be exclusively used with the tank superiority game mode, which is NOT WHAT I WANTED! I didn't want another Close Quarters where I had to change my style of play and server search just to play it! I wanted new maps for conquest and for rush. But they're so huge and the flow of combat is so severely underpowered if you don't have vehicle, that if you're unlucky like I was, you might as well just not play. I mean armoured shield, I spawned in the spawn so many times and there was never even a jeep! I couldn't even get in the gunship because people hogged it. And then on the off chance I slogged it for about 2 minutes to the first objective WITHOUT dying several times, then I may find an artillery or I may not. 90% of the time, not.

So all in all, a terribly frustrating experience. There were no tactics of the closer maps, and it was just boring. Boring as hell. I'm going to try Tank Superiority tonight and hopefully play the new maps. I can't find any full-map guide images of the individual maps online (like where people spawn, where the vehicles are etc) which would certainly help know where to go. Being in a tank makes you a huge target if you try to explore with one, and trying to explore on foot is worse.

I hope the experience gets better... : (

My mum told me the Blair Witch Project was actually real and after I watched it (I might've been about 14?) I couldn't sleep for two weeks. Scariest film I watched as a kid. : {

I had to limit the choices to games which affected me or which my childhood would have been that little bit darker without...

And man, nuking Gotham...braver choice but no way that ever happens..

Check out some of the comic storylines from the late 2000's, around the time of Hush and the Red hood. Bludhaven, Gotham's sister city only a few kilometres away, gets nuked effectively by a sentient bomb. It does happen. In fact, many of the plot devices for Rises come from Morrison's era of Batman as he plays with the character.

Truly awesome review SpawnMan. Although I agree that TDKR didnt surpass The Dark Knight, the films grand emotion makes it no worse than any of its predecessors and perfectly wraps up for the greatest trilogy of all time. Ive heard from a few that Selina Kyle and Bruce run away together. Did I miss something or is this just an assumption?

The very last scene. Alfred looks at Bruce at the cafe - she is sitting there with him, but you can only see the side of her face.

@Ferros: You're making no sense lol. First you say Nolan doesn't understand the concept of Bruce Wayne, then go on to say how Blake describes the actual role Bruce Wayne plays in the movie. Who do you think wrote and directed Blake's character to say that? Scottish faeries lmao? I think you're taking what I said in the wrong way. Retired doesn't always mean like a cop goes on a break. Batman placed his mask down. He not longer needed it. Just like children grow out of imaginary friends. But in this case, he re-adopted Bruce Wayne as his real identity, and created a life for him outside of Batman. In the comics and in the movie, you're told that Bruce Wayne is the mask. Sure, but maybe in that prison he understood what Alfred was saying and decided that he gave the city everything, and deserved something in return. IE, a life beyond Batman.

@zombiebigfoot: The circle of life. Now it passes to you. ;D