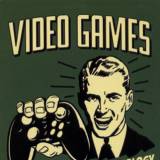 If you don't know me yet, my name is Spencer. I am known on Steam as Spence5060, on Xbox Live Mastuh Spence, and on PSN as MastuhSpence. I know that I have said this before, but this time I have a bit more resolve. I will be creating a daily blog (or at least each day that I play video games) and talk about my experiences each day. I know that this won't be particularly super exciting to some, but some experiences I have may lead to some tangents that will have some more stimulating conversations which may be a bit more thought provoking. I may also talk about some of the Giant Bomb content on here as that also sometimes impacts what I am playing. The reason I am putting this series of blogs on Giant Bomb is because I know that this is the website with the best community out there, truly. Thank you for reading and I would love any comments or criticisms you may have.

The reason that I have started playing these games is kind of for the same reason. It is because of recent happenings on Giant Bomb that has sparked an interest in these games towards me. I guess Dota 2 is pretty easy to figure out the source. From the recent TNT on Giant Bomb, the community has sky rocketed on it versus how it was before. I have always been interested in MOBA games but never got into Dota proper. I was always more of a League of Legends guy in the beginning before Dota 2 came out or in beta or whatever and then I tried it out about a year ago and couldn't play it. It was more of me not really having the will to learn to play it but whatever. I started really playing it about a week before the TNT of it and was actually started really enjoying it. You just have to put everything you have into it to learn how to play and well. The thing was that before the TNT there was probably ten people in the GB chat, but now after the TNT there is about 90 people in the chat on a good day. It makes it real heartening to play this game with other community members. In any game really. Playing with a community of people to mess around with that you know will be friendly will make any game a hundred times more enjoyable. So right now it is the Giant Bomb community that is keeping me on this game really. That and trying out all the different characters on here. There are so many! I just like going into a vs bot match and hit random and try out a completely new hero where most all of them play completely different.I see myself playing this for a long time.

The other game I'm playing is Metal Gear Solid. I got into this because I decided to do something else super crazy and dumb. I've started listening to all of the Giant Bomb Bombcasts from the very beginning. And in the beginning they rave about Metal Gear Solid 4 and how crazy it is. I've always wanted to play this series but never did. This gave me the opportunity to play all of them starting from the very beginning. I tried playing Metal Gear, but just couldn't hang with its old style and it being hard. I played up to the second building section, but just couldn't continue with seeing no end in sight. I wanted to get to the Solid part of the series now so I skipped the original games and just read the plots on Wikipedia. So now I am playing Metal Gear Solid and am loving it. I can't really play it in long sessions, but there seem to be so many bosses in that game that I'm fighting about one boss a game session. I just got up to the point where I have escaped capture from the enemy after where I had been tortured (that button mashing was kind of brutal) and am kind of hoping that I am at least half way done with this game. I kind of want to get to a little bit more modern crazy game. But I just want to say that I love all of these crazy character. I mean Psycho Mantis is stupid and dumb and fantastic and from what I hear on the Bombcast he only gets better later on in the series. But all of the characters are great and I am really starting to see a Hideo Kojima feel of this game with all of the quirks in it. I never really saw something like this in any other game from most any other developer, but I just don't know what it is. Well whatever. Maybe one of you can tell me.But I have been enjoying and maybe I will finish it tomorrow. The really only bummer thing about this is that I bought the HD collection and Metal Gear Solid off of PSN earlier this week and have found out today that I could have gotten them cheaper today with Play Station Plus. But oh well. Not gonna cry over it...much.

Tomorrow I will hopefully be finishing Metal Gear Solid or at least get close to it. And try to get in some more Dota 2 practice with some more random units. If anybody wants to play with me, hit me up. My username on there is Spence5060.

Thanks For Reading Y'all