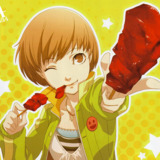 The Witcher 3 and Breath of the Wild, definitely.

Hey duders! A while ago I posted about making my own card-based tabletop role-playing game called Firelight, seeking any advice/general interest. It seemed like a few of you all were into the idea, and I figure there's lots of overlap between the tabletop and video gaming communities, so I thought I'd let everyone know about a contest we're running to drum up some interest in July's Kickstarter.

If you head over here you can enter to win a copy of Firelight, plus a really awesome wooden deck box by Aaron Cain that's engraved with the Firelight flame logo (below). Aaron makes some really fantastic deck and dice boxes that are great for MtG, Pokemon and other deck-based card games, so even if you're not interested in my game I'd really encourage you to check out his work on Twitter @aaroncainboxes.

Anyways, that's it for now. Thanks again to the GB community for being the most supportive place around!

I can only really speak from the perspective of owning a PS4, but man, I have really loved that thing so far. I've been an "own all consoles" type for my entire adult life, but I actually just sold my XOne and haven't picked up a Switch yet because I feel like I have so much yet to play on the PS4. I just finished RE7 which I adored and now I'm on to Horizon which also seems excellent. There's a huge backlog of anything from NieR to Battlefield One, and you'll be able to get a lot of those at a reduced price. They even have experimental stuff like the PSVR. For my money, I certainly don't regret my PS4.

That said, I played a little Zelda at a friend's house and yeah, it seems truly next level.

In the end, I think you know more or less what you'll get with Nintendo, i.e. great first party stuff and (at least at first) some decently solid indie support. With the PS4, you get that backlog and that wider variety of games, even if only some of them will ever reach that "Nintendo" quality.

The game themed stuff for extra life would be really cool. Keep up the great progress :)

@onekillwonder_: Just saw the movie last night and I agree with basically everything you said. The finale of the film was for the most part excellent, and there were some serious ovations in my theater that made it fun for me (though the couple hardcore making out next to me unfortunately distracted me during many of the quiet scenes). The NY scene you mentioned also made me laugh in a good way. That said, there were SERIOUS pacing issues and I felt that the humor sometimes seemed a little out of place in a Michael Bay Transformers kind of way. Part of the reason I can respect these movies so much is that Diesel himself clearly takes them so seriously, but with a few of the scenes in F8 it felt like that respect on the production side was a little lacking, placing some scenes more in the "bad movie" than the "great bad movie" category for me. Still, again, I can't overstate how great the last hour was.

Currently playing RE7 and Overwatch. With OW, I love that they keep introducing new characters and themed promotions. It's sort of become a social hub for me what with me having moved away from a lot of my friends, and the frequent updates make it easy for all of us to come back. RE7 is definitely compelling me more right now though, and the first two hours especially were a trip. There were some... unexpected and rad things in there. That said, it has all the subtleties of an RE game, from the way the enemies sway when they walk to the weird door puzzles.

I just about died when Rupert came on. Great job and best of luck duder!

For me Furious 7 is really where it peaks. You've got three of their trademark crazy setpiece moments packed into it whereas the others only get one or two, and you couple that with an ending that's actually pretty emotional given the surrounding context. Plus as @darkeyehails mentioned, The Rock flexes his cast off and then drops an ambulance on a drone. Spot on it's really everything I want out of one of those movies and I think it'll be tough to top it.

@zelyre: Never played Gloom before, though I've had it pitched in a very similar way. I think I never pulled the trigger on buying it because it sounds like it's very reliant on having a group that's willing to dive into the more optional storytelling elements, and I wasn't sure if enough people in my group at the time would do that. Still think it sounds neat, though. One friend and I in particular love screwing each other over in tabletop games so casting misfortunes on each other sounds right up our alley.

Your Rift experience is a little more in line with where we're headed right now - in the basic prototype you roll dice both for skill checks and to determine combat damage, but the battles tend to go by pretty quickly and there's a focus more on finding creative ways around conflict, if that's your thing, anyway. There are also options for beating on enemies outside of combat for some Adventurer classes, to spare dice rolls.

Your video advice is great, thanks! We will definitely be doing a video of some sort or another, and I used to love watching Will do his thing back in the day. Never made the connection though, thanks.

PS, your 10-year-old self sounds like someone I'd roll with in D&D. Similarly, one of our earliest test sessions for Firelight got derailed when a player decided they no longer wanted to participate in the story, and went off to build a log cabin in the woods while everyone else continued the adventure. He essentially "failed" the Quest by refusing to participate in it, but later due to another player's actions the forest caught fire and he ended up burning up.