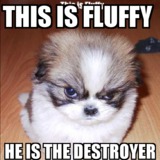 Double Fine Productions is an independent game developer based out of San Francisco headed by industry veteran Tim Schafer. I got my first taste of Double Fine’s style through Psychonauts which was released in 2005 to critical acclaim. I will openly admit that I have not played that entire game. I am a serial game buyer but not quite as good at finishing games as I am at buying them. However that’s part of the reason why I liked the idea of Amnesia Fortnight so much! Here are these prototypes of different games that I can play, learn, and many of them complete in an hour.

What is Amnesia Fortnight? Double Fine shelves any of their current projects for a game jam that they has run every year for the past 5 years or so. It lasts for 2 weeks, and you work so hard that you might not remember those two weeks by the end of it. Many of the company’s final products at the very least take queues from the games designed and built during this 2 week period, and occasionally those prototypes become the company’s next big project.

Each person who wanted the opportunity to act as a team leader was required to submit a video of why their game, their vision, should be produced into a prototype by a small team of dedicated individuals. The customers then watched all of these pitch videos and after consideration, careful or not, we decided which products intrigued us the most. He gave us the power to tell him what we wanted and in return he has not only money the to pay his people for the past 2 weeks, but metrics by which to decide how to move forward with 5 potential new projects as well as 5 potential new team leaders who have gone through a 2 week long gauntlet.

I can only hope that other game companies take note of this and give it a shot. How much innovation is contained in each of these games is up for discussion. However the experience of working on so many wildly different games as well as the assets created during those two weeks must be a huge payoff. But the largest payoff of it all, it could be argued, is the moral boost in getting a break from the drudgery of that long project in order to play with a fun refreshing idea for a few weeks. Remember these people love to make games, but there’s only so much of one project you can take before your brain needs a break.

Now for the big question, why should we care? These game jams are great, but they aren’t finished products, what does it matter to gamers like us if we can have this input? Plenty of games are created all of the time that we have no control over yet we still love them. Tim Schafer has come up with something brilliant in the Amnesia Fortnight recipe. This year, instead of keeping all of this work in house, he let the internet watch, listen, and learn throughout the whole ordeal. Mr. Schafer has, without telling us, turned the people who love his games into his investors.

Mr. Schafer has taken crowd source funding to a new level, he realized that there is a large contingent of fans of his studio all around the world. We donated, almost a quarter of a million dollars, to watch these people work day and night to build a game that connected with all of them on some level. We then all receive prototype versions of the games to play through and talk about. Do not doubt that he is paying attention to everything we say in order to figure out which games are best received and should be expanded into a full title. He has given us as customers more prominent status in his studio allowing us to act as angel investors to these small projects and a strong voice over the content we want to see from Double Fine.

I hope that more companies take this game jam idea and run with it, there are many independent games in recent years that have come out of this type of all out game design and creation. This two week period is not only good for the company and employees, but it gives customers a much louder voice in what we want to see and will see coming out of Double Fine. But more importantly than that, and something that I seriously doubt many studios will pay attention to, is that Mr. Schafer changed how companies should look at their customers. If you only take two things away from this, remember, game jams lead to innovation, and given the opportunity customers can be the best investors.