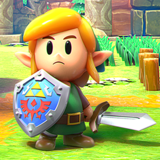 Obscure Xbox Live Arcade Games That Nobody Cares About, Volume 1

For the longest time I've been thinking of starting a blog series on Giant Bomb, just to satisfy my urges to write. I decided on the subject of Xbox Live Arcade, a virtual treasure trove of interesting games that sometimes get overshadowed by the larger releases on the service. This is part one of a series that has no real end or beginning... if I play an interesting, great, or even shitty game over XBLA, a game that came and went without much notice, I'll write a bit about it. These aren't really reviews, but instead quick observations and descriptions of what to expect if you decide to give it a run.

It doesn't have anything to do with Spain, or the Spanish language, but Aqua (sometimes called Aqua: Naval Warfare) is a relatively obscure Xbox Live Arcade title that released in 2010. In most respects, it's standard XBLA shooter fare, using the dual analog sticks to maneuver a craft and fire various weaponry at things that also have various weaponry and want to kill you. However, while most of these shooter types take place in outer space or other futuristic settings, Aqua takes place - get this - on the water. You play as a particular Benjamin Grey, a war hero from the past. His sidekick is the familiar trope, a witty and strong-willed lady named Polly Edison. Basically there's a war between the upstanding "Allied" style forces and the evil and very Russianesque bad dudes, which is effectively a standard "arcade" plot to keep the game moving along.

In fact, "standard" is a very telling word to describe the whole of Aqua. It's a very serviceable shooter that hits all the usual shooter notes, with bullet-sponge boss battles, lots of weapons and powerups, a few unique craft to use, and there's even a touch of squad-based tactics that are simple enough for everyone to understand and use. In addition to the main story - which takes a few hours to beat, tops - there's some skirmish modes and a few other multiplayer options to fiddle with. Within the single player there's hidden collectibles to find, but the only real reward is the 30 Achievement points for finding them all. Finishing the game unlocks "Extreme" difficulty, which does present a very solid challenge (though, granted, I tend to skew terrible at these kinds of games, so who knows).

What's nice is that the game has dropped in price to a measly 400 Allards, making it an easy impulse buy. Plus, it's only about 350mb in size, making it nice for those working with smaller storage solutions. The twin-stick shooter genre has definitely slowed down a lot as the Arcade has grown in variety, so if you're looking for something like that to mess with, you could do worse. It's a fun game that you'll probably forget about once you finish the final boss encounter, but at least you won't be bored getting to that point.