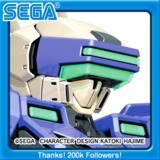 I just joined to contribute missing pages for my Darkadia collection in which I have abandoned in favor for VGCollect data-center. I am also an active member of the Unikgamer, Favslist collective community.

As you may have noticed my specific taste in video-games are primarily from 1980-2005. I have been a gamer ever since I can remember. My first console being the Nintendo Entertainment System back in 1990s shortly after Super Nintendo Entertainment System. Being an only child I was spoiled to a point of playing most releases for these consoles at launch either from rental or store purchase. Besides console gaming, arcade games also are a favorite of mine. Personally I enjoy playing titles that didn't reach the mass audience and/or that were shelved away from either lack of exposure or from an over-saturated market on a specific formula at the time. Original, genre-breaking titles are also very captivating to me.

I'm a video gamer that was born in the 1980s. I would consider the new generation of gaming more of a ponzi scheme; recycled game play with content deliberately removed so the consumer is forced to shell out more cash for it. The whole Download content, micro-transactions, pay-as-you-play method is atrocious - more or less the elephant in the room for contemporary gamers. Although I consider myself a gamer I have very little interest in the seventh, and current generation of systems and games. The last console I bought was the Microsoft Xbox 360 solely for arcade ports of my favorite series. Enjoy a related satirical YouTube Video

In 2004 I contributed to a dozen of p2p communities one of them being the private 'Sega Saturn Torrents'. I've done so weekly for a year until one-by-one the websites were shut down or discontinued. I'm also the administrator of a retro video game website entitled 'Special-Attack' that was online from 2005-2012 that featured reviews of obscure games, articles, opinions, composed by myself. Special-Attack is temporarily shut-down but all the posts were saved+encrypted and will return to the net in the coming future.