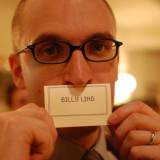 Completed a mission design for Prototype,in hopes of an interview

“Convoy” is a side mission intended to be a integrated into the current Prototype retail game. Cinematic intros, setups and exit will give an overview of the goals the player has to accomplish to complete the level.
Level Walk-Through

1. In-game cinematic setup(Passive)
a. Alex gets word that Blackwatch is transporting samples from the 1969 Hope, Idaho test site, overseas to a more secure Blackwatch owned facility. Alex’s contact believes that these samples could be used to find a cure for the recent “backlight” virus outbreak in NY.
b. Alex is told to be investigate a Blackwatch radar tower setup in time square to learn when and where the transport will be leaving heading.
c. Objective update
i. Objective updated “Go to the radar tower”
ii. Mini map updated with radar tower location

2. Radar Tower(Aggressive Passive)
a. In-game cinematic
i. Upon reaching the event trigger an in-game cinematic plays: Alex is shown on a building overlooking the radar tower outpost on the roof of a nearby building. A make shift tent housing the radar equipment is in the center of the of the roof with Blackwatch guards patrolling the perimeter.
b. Objective update
i. Objective updated “Gain access to the radar tent silently or with force”
ii. Mini map is updated with soldier positions and radar tower entrance
c. Sneak (Passive ( Use current in-game stealth mechanics))
i. To infiltrate the radar tower, Alex must consume one of the patrolling soldiers without being seeing by the other guards.
ii. Once disguised the player can enter the radar tent
iii. If at any time the player is revealed or seen consuming an enemy the current encounter defaults to the “force” option

d. Force (Aggressive)
i. When the player is spotted, the soldiers will turn aggressive, the radar tower will go on “high alert” calling in a strike team to help deal with the treat.While on high alert the entrance to the tent is sealed, blocking the player from entrance.
ii. After clearing out the area of threats the player can enter the radar tent.
e. In-game cinematic
i. Upon reaching event trigger an in-game cinematic plays:
ii. Passive: A disguised Alex enters radar tent and overhears radio chatter between the transport convoy and the radar technician.
iii. Aggressive: Alex enters the tent and performs “tendril barrage” killing everyone inside. Picks up an ear piece from one of the bodies and hears radio chatter pinpointing the transport convoy.
f. Objective update
i. Objective updated “Intercept the convoy”
ii. Mini map updated with convoys location.
3. Convoy (Aggressive Passive)
a. Objective update
i. Upon reaching event trigger, objective is updated “Disable transport truck or inflect nearby power generators to stop the convoy from requesting backup”

b. Engage Convoy (Aggressive)
i. When the player is spotted, strike teams will be called in. Strike teams will continue to engage the player with increasing waves of enemies, until the transport truck is disabled or a nearby power generator is infected (resets the threat level).
c. Inflect Power Generators (Exploration)
i. “Infect” prompt will appear when player nears a power generator.
ii. Infecting power genitors will cause a EMP blast zone.
1. EMP blast destroys any air support within the blast zone
2. Resets players threat level
3. Transport truck cannot call in strike teams while in blast zone

4. “OG” Black Light (Climax)
a. Cinematic
i. Alex is showing walking up to the wrecked transport truck’s sealed door. He starts to pry the doors apart with his hands, suddenly the door flies off revealing a large Hunter
b. Final Combat
i. Alex must defeat the Hunter
ii. Hunter has the ability to bring back corpse found around the encounter as Infected soldiers
iii. When the Hunters health =< 25%, the player is prompted to “consume” the enemy

5. Outro (Passive)
a. Consuming the Hunter triggers an “Web of intrigue” cut scene revealing information about the test subjects origin along with how the virus mutated within its body (steps to find a cure)

Olympics night life aka Vancouver is one giant party

Being the host city for the winter Olympics is badass. Also helps that their is zero snow and its in around 59f

6. “Next Stop” Ticker - Ticker flashes on screen before next bus stop comes into view.

Since graduating from Vancouver Film School as a Game Designer, I have gone on a few interviews but no bites yet. So whats a game designer to be to do? Make games of course!

I have been working on "Bus Stop" for a few weeks now. It is a one button game being built in flash.

Here is the high concept and key features pulled from my design doc:

Drive a bus picking up passengers. Finish your route in the fastest time and with the happiest customers.

Over the past few months I have been posting blogs about my process of making a game, while in Game Design at Vancouver Film School. The game is in a beta state and would love for your feed back!


*This is a non-commercial student game that 5 nerds are making. This is not trying to advertise our names/school/etc. We would just like feed back of what you think of our game so far*

Last week I have been inking the base colors of the werewolf enemies :

I have been very busy at school the last few weeks. Here are some images of what I have been working on -

Sudoku Showdown is a head to head sudoku game for the PC and PSP that I have been doing the animation and art for.

Static gameplay screen with dynamic text fields for the programmer to fill in:

Looping animation of the player "idles" and "attack" animation. The attack animation plays where a player gets a combo.

So he can drum freely in hell!

Best of craigslist nominee for sure -


The Goods: I have an authentic c. 1930's German Shuco "drummer" clown for sale that has been in the family forever... he has the early metal feet (So he can drum freely in hell!) There are a few little imperfections with him, but overall he's in good condition. His drum has little paint nicks from eerily drumming at night even though he has no key to wind him up... creepy.

It's been in the family forever, and I suppose most would keep him as a family heirloom or something... but my sister is deadly afraid of clowns and doesn't want him... and the fun of leaving him in random places around her house has worn off (I still do it of course, it's good to have a hobby) And my aunt actually talks to him when she walks by saying "Ooh, you're an evil little ba$tard aren't you?" (This is probably unhealthy and we're secretly monitoring my aunts behaviour)

So although this is all very entertaining, I still have to sleep with it in my room and it creeps me out a little.

Bonus: This clown may also possess my soul, if it does... think of it as an added bonus! (My soul is worth at least $1!)