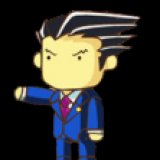 We all lost a friend.

On Monday I found out I had lost a friend. Not a friend who's birthdays or barbecues I'd gone to, or one who I'd grown up with. I lost a friend I'd only met twice, one that I would only occasionally talk to on twitter or email. I lost a friend who, despite being someone I didn't spend time with in person I let in to my house every single day. Someone whose voice greeted me every Wednesday morning telling me that "it's Tuesday..." Someone who's face I saw every Thursday hosting the shit out of a silly multiplayer show. I, like many others, considered Ryan T. Davis to be a great friend even if he barely knew who I was.

I think a lot of us in the Giant Bomb community have the same feelings about this. Anger, shock, and a deep sadness are all expected when we lose anyone. The thing that stood out for a lot of us was feeling the loss so close with someone who was so far away. Feeling like we'd lost a best friend despite some of us never having met him. But that's what Ryan did. He made everyone feel welcome (even those he blocked on twitter).

I've always felt weird when people have this reaction when celebrities pass on. When George Harrison passed I talked to a lot of people who completely devastated, some who barely ever listened to his music. Regardless the loss wasn't any less real or less important. When you interact with someone for almost a decade and you see their face every day on some stupid video, it makes a difference. When you grow up listening to someone and they shape who you are that person matters. When you can't see a world without that person making you laugh every day, that's a friend.

I don't know if it's any more or less weird now, the way that I feel, the way that everyone feels, but I don't think it matters. The loss isn't any less real to me or anyone else and no one should feel weird about that. I know that I miss my friend and that's not going to change.

From here on out I'm looking forward. I'm looking for big, stupid, dumb as hell experiences to have. I'm going to fill my life with insanity and joy. As John Drake said to me yesterday "All the good times, All the time. It's what he was about." That's probably what we should all be about. Raising a glass and remembering our friend Ryan. Five minutes or twenty years he made you laugh in a way that you wouldn't ever forget.

Happy birthday day to me and super street fighter 4

WHAT AN AWESOME TIME!

Oh the joy of another month or two of soul crushing crunch time! I always expect it to come and then when it does I'm always surprised saying "really? 60 hour weeks to start with? well alright i guess..." and so it goes. But it wont be all bad right? Totally who doesn't like buckets of overtime pay? Well the money is fine but I'd like to be able to sleep while earning said money. There are a lot of practices in the industry i don't particularly enjoy but so many companies get ready for releasing a game like a college kid cramming for a test. But like any business the ends justify the means so i don't see that changing any time soon.  It is strange that just about everyone in the industry knows how bad this can get but it doesn't seem like anything is going to change.

So a simple word of caution for any looking to crack in to the industry, as long as you are okay with a 60-100 hour week with not a huge amount of individual praise then you just might have what it takes.

Blogs Created:
4 blogs
Most Commented blog:
We all lost a friend.
Total Comments on blogs:
10 comments