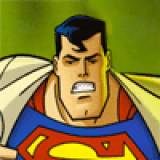 The Problems With Modern Warfare 2

Modern Warfare 2 is a game I play quite often. It’s faced paced, action-packed, and other clichéd terms. However, these days…the more I play it, the more I have become frustrated by it. And this frustration can be pinpointed by many factors. (Although nothing I am about to say hasn’t been said before.)

To put it simply…this perk is terrible. It allows people to quickly slide 5-10 feet across the ground while being shot to end with them stabbing and instantly killing you. Just like the lunge you perform when you have a Plasma Sword in the Halo series. And it’s just as dumb there as it is here. But the difference with Halo and MW2…in Halo you have to have a certain weapon to do it. All you need to do is equip this perk Modern Warfare 2 and you can do it any time. Regardless of what guns you have on you. This coupled with the Lightweight and Marathon perks makes it twice as annoying.

The One Man Army Perk

This perk isn’t completely terrible. The ability to switch your classes mid game is decent ability to have. But, when the perk allows you to constantly refill your grenades, claymores, rockets, and grenade launchers…this causes a major problem. People will use this perk, along with Danger Close, to essentially have infinite grenades for their grenade launchers and use nothing but that for the entire match. One of the reasons Infinity Ward removed the Grenades x3 perk from CoD 4 was because of people complaining of grenade spamming, but if you ask me…the One Man Army exploit is far, far worse.

To me…this is nothing but a crutch for bad players. It’s used by people who don’t want to actually have to find their opponents and instead just want to stare at something that will simply tell them where they are. It’s even worse when people use this and camp. I personally feel like it should’ve never been included in the game. You can tell IW thought it was a bit powerful though since they had to make a perk with the sole purpose of negating it, but…I’d rather use better perks than Ninja and just have the heartbeat monitor removed all together.

This is probably the one issue I think is the most minor, but it’s still an issue. I feel part of sniping should be actually having to find your targets. When you make them light up like a Christmas tree to point them out to you…that also seems like another crutch. I know, I know…you can use Cold-Blooded negate it, but still. But this brings me to my next issue…

This is a perk, while useful, seems a little too overpowered. With just this one perk you become invisible to harriers, attack choppers, sentry guns. You’re not highlighted by a red box when seen through the camera of a predator missile, chopper gunner, and a AC-130. You never show up on UAV radar. You aren’t lit up when viewed through a thermal scope. All of this comes from just using one single perk. I don’t know…to me that just seems a little too powerful. Granted this perk doesn't frustrate me though.

Microsoft tells it's user base that party chat is one of the benefits of having a gold membership on XBox Live. We're told that we can have a group of 8 friends and play games together or different games and still be able to privately talk to each other while doing it. But for some reason, Infinity Ward decided they didn't want players to do that in a majority of the playlists in their game. This is a major frustration for me and my friends since we don't want to hear the inane chatter of other players while at the same time we don't want to be stuck with shitty playlists. The only playlist that ever needed a "no party chat" option was Search & Destroy since private chatting can be used to tell your friends where enemies are when you are dead. (You can still cheat by doing this if you are only playing with one other friend. You can simply use private chat instead of party chat.) But why are all the other playlists made to not allow party chat? It makes no real sense.

The Inside-The-Rock-Glitch on The Map Fuel

This one is simply a glitch that currently exists on the map Fuel that came in the recent Resurgence Map Pack. Essentially there is a giant rock on the map that you can get inside of. Once in it, no one can shoot you through the rock…but you can shoot them. I could see people easily getting a nuke using this glitch, and that’s a bad thing.


I still play MW2, and like an idiot I probably will continue to regardless of how frustrated I get at times, but it’s definitely a game that needs some fixes or alterations. But I have to be honest…I’m probably going to think twice about getting the next CoD (Even though it’s being made by Treyarch) or whatever Respawn Entertainment makes in the future.

The Problems With Game Room

Maybe I'm a crazy person, but I seem to be one of the few who like Game Room...for the most part. There is something fun about playing short, simple games and competing with friends to get high scores and trying to attain medals. But...I can't ignore the problems Game Room has had ever since it's initial launch. There have been technical issues, broken promises, release delays, etc. This makes me question whether or not Microsoft picked the right company to handle this project when they chose Krome.

One of the first problems that occurred was during when it was released. Many people couldn't even get the game to load past it's loading screen. It would get stuck and never take you to the actual game room itself. When the problem was fixed then they had online issues. Leaderboards wouldn't load half of the time and creating challenges sometimes took multiple attempts. This was then followed up by the news that any new games would be coming out until a month later, but this was after everyone was told there would be games coming out every week right after launch.

So then a month passes and those who cared about Game Room were excited to finally have some new cabinets to put in their virtual arcades. But this excitement would change to disappointment when we were then told by Krome that the games would be delayed by a week. No explanation...no reason given. Amazingly, they did deliver that following week and we've been getting games ever since.

But...then Game Pack 005 came out (after an almost day long delay)...and another promise was yet again broken. We were told we'd be getting 7 games a week...this all of the sudden changed to 5. Again...there was no explanation as to why.

Then this past week, Krome made yet again another mistake. Somehow on the Games for Windows version of Game Room...game pack 006 was released early. And not only was it released early, all of the games in it were available to buy right away. And just in case any of you who might be reading this are wondering...this is what is in game pack 006:


As of now...these games are now locked and can't be accessed in the PC version of Game Room, which means it was yet again...another screw up.

And finally we have control issues and bad emulation of some games. Jeff Gerstmann himself has already pointed out that sound effects in games such as Asteroids and Missile Command are off. Then you have the horrendous controls of Circus Atari. And then the overall strange temporary stalling all of the games have when you play them. And in some games those temporary freezes can make you lose a game.

I'm still going to stick it out with Game Room, but I am starting to question it's future and whether or not it will ever hit the promised 1000 games mark. Because so far, promises don't seem to mean much with Krome. Perhaps Microsoft should find another company to take over the project.

You end up getting a lame blog entry.