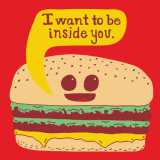 That's kind of my point - they definitely do not do this and do not take this into account.

Is it just Warzone where it's easy to get banned or does this apply to the other multiplayer modes too? I'd assume they all use the same rulesets, but maybe they're stricter in the free mode.

I've been really enjoying the regular multiplayer, but this makes me a little wary.

I've seen reports of people who have been banned while only playing the campaign, only playing multiplayer, or only playing warzone. Because of the "always online" nature of the game, and the fact that Ricochet (their anti-cheat) is constantly monitoring your PC, if it deems something shady to be happening in the background it will automatically issue a ban regardless of which aspect of the game you seem to be playing, from what I can tell.

Oh I've also seen a lot of reports of console players receiving these same bans too. I'm not sure how you could conceivably be accused of "Unauthorised software and manipulation of game data" on a PS5, which I guess is another indication that these bans aren't justified.

Activision/any AAA-level game publisher should NEVER be given benefit of the doubt.

This is a problem affecting thousands of people. It's widespread enough it's being picked up by non-gaming media, and there's a plague of reports in both the steam reviews and @ warzone twitter support. I've seen people say they've been banned after the game crashed, for having router issues, for using Razer or Logitech software to manage their peripherals - being accused of "Unauthorised software and manipulation of game data" just seems like an umbrella term for any arbitrary problem the anti-cheat has with your machine. And once you're banned you're locked out of the entire game, regardless of how much money you've spent, and are given extremely limited ability to appeal.

Firstly, and this feels important to mention; it's easy to assume that the people complaining about being banned in Warzone 2 are actual cheaters and deserved it. All I can say is that I hope you're never falsely banned and have to deal with that yourself, because it sucks. I think there's a pretty strong precedent for these ban waves hitting innocent players from the previous warzone, where many players quietly had their bans overturned after several months even though Activision never admitted to doing anything wrong. While there are obviously some legitimate cheaters, Activision does not have a history of nailing these bans every time and definitely do not deserve the benefit of the doubt. Beyond that there should be a more thorough review/appeal process, especially when people are spending money on the campaign or on battle passes.

Secondly, it's not my account that's been banned, but one of my regular squadmates. His inability to join us means our quad is now a trio. For a game that's so heavily focused on teamwork, having a friend blocked from joining kills my own enthusiasm to play the game, because Warzone for me has always been primarily a social experience. I don't want to invest a bunch of time in a game which my friends aren't able to play, and I'm now nervous of spending any money on the game in case my own account is hit with an arbitrary ban.

He appealed the ban and it was denied so quickly that there's obviously nobody checking the appeals and it's just an automated system. He tried to post about it on the warzone subreddit and the post was automatically deleted by a blanket rule which removes any thread that includes the word "ban". He's an older dude, several kids, just plays casually in the evenings after the kids have gone to bed. Quite a timid player, will often end a game with no kills but we like having him in the squad because he's just a nice person to have around. Now he's been blocked from even playing the campaign because of his false ban so he's effectively lost $110. Even if his ban is eventually overturned he could be locked out of the game for months, during the launch window when the game is most popular.

Unless this is fixed soon I'll probably stop playing myself. I don't want to give my time or money to a game or company which obviously has no respect for either. Beyond that, this kind of business practice is completely unacceptable and I'm pretty fucking upset about it.

In summary: licensed games are very bad, except when they're extremely good.

Open World games used to blow my mind, the freedom and potential was so exciting to me. But the Ubisoft formula that most games eventually fell into quickly became tedious, and I found that "Open world" often meant the games weren't as tight, both technically and narratively, as their linear counterparts. Open World fatigue is real and I have it.

I just can't stand anything indie pixel/block-art anymore. I don't care how good the game is supposed to be, the older I've gotten the more I've realized that enjoyable animations and sound design is really fundamental to making a game engaging.

I can relate to this, actually. I think about 10 years ago there was a huge boom of indie games and game jams where people were pumping out platformers and adventure games without ever having any real art direction in mind, and the default was often pixel-art. I got bored of it very quickly.

It's telling that the staff response to this is just silence. I guess it's fine to play "head in the sand" while people are asking about what they're getting for their money. Communication from GB has never been great but this is beyond ridiculous at this point.

Yep, I would love to see a Pool on this over a week how people or satisfied with GB nowadays.

Jeff, are you even reading this?

To the people asking how twitter can get any worse; for a lot of people around the world it's one of their primary communication tools. And now it's controlled by a manbaby who blocks anyone who criticizes him and posts 2B fan art.

And yes, anyone who complains about "freedom of speech" or being censored doesn't understand what that actually means.

Personally, the refreshing appeal of Elden Ring is in it's obscurity, lack of exposition, lack of hand-holding, and general refusal to compromise. I'm pretty fed up of being patronized by game developers who feel like they need to hold my hand for the first 15 hours of a videogame before they let me loose on the good shit.

Elden Ring is the antithesis of every MMO which makes you grind for 80 hours before you can access the "real" content at the end. Here's a sword, go hit stuff. Figure it out yourself.

I've been saddened by how incredibly boring Nextlander has been. It's nothing new or exciting, it's just exactly what they did on GB, but without Jeff

Can't wait to hear about how sick of them you are in 3 years...

Seriously, I'm with @sethmode: at this point, some of y'all feel like you're here to complain and NO OTHER reason. No constructive, all criticism and just unwilling to move on and find something more your speed because, for all that y'all apparently "hate it here," it's still so comfy.

Welcome to the Giant Bomb forums!

EEOC spokeswoman Nicole St Germain said the agency was pleased that Fischer said she would approve the settlement. She said that in addition to the payout, the deal requires Activision to take steps to prevent and address discrimination, harassment and retaliation.

Worth noting this is only one of several ongoing lawsuits revolving around sexual harassment cases at Activision Blizzard.

It's unfortunate that it took a lawsuit to get us here, but I imagine/hope developers will pay much more attention to how this shit is handled moving forward, out of financial paranoia if nothing else.

Game pass gives day 01 access to new releases. Unless Sony is doing the same for PlayStation exclusives I don't really see the point. Almost every game that I want from their back catalogue I already own, or can pick up in one of their near-constant sales that knock 60-70% of the price off.