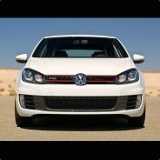 I just finished Skyward Sword (having never played it before) and I regret paying $60 - only because it reinforces Nintendo's practice of overpriced re-releases.

I enjoyed the game, but they really didn't do that much and there are two big glaring oversights on things that could have been improved. Primary among them is the lack of fast travel. There is absolutely no reason you shouldn't be able to warp between any of the save statues in the game. Even the fast travel that they tied to an amiibo (also some BS...but thankfully it's easy to spoof amiibos if you don't care about getting a plastic figure) isn't good enough. The amount of manual traversal in this game feels very much like some "we need to pad out the playtime to meet expectations" nonsense. There's no reason it should be that way in the re-release.

Second, I think they could have done better with the "button" controls instead of mapping motion to the right analog stick if they had tried. The combat was built around the directional slashing and they understandably can't ditch that without making a whole new game , but 95% of the time you only need to vertically or horizontally slash from one direction or the other, and the only thing the face buttons are used for during combat is a single button for dodge. I think they could have have mapped up/down/left/right slash to the face buttons, the dodge to the R bumper (which currently opens a quick select for potions which pauses the game and is needed rarely enough that it could easily be done through normal pause menu instead) and have actual button controls. For as rarely as you need to do diagonal slashes, having to hit two buttons as the same time isn't a problem. The stab, also rarely needed, could remain on right stick click. As far as I can tell, the only thing this would have presented a problem for is one particular boss battle that involves "fooling" the boss by holding your sword in one position and then swiping from the opposite. So yeah maybe that'd have to rework that battle but that's it (and honestly once you figure out the trick to fooling the boss, is trivially easy to repeat, so not much would be lost without it anyway).

As is, there just wasn't enough work done to the game to justify them charging full price for it. If Nintendo tries to charge $60 individually for Switch re-releases of Wind Waker and Twilight Princess, that will really be some BS.

Just a little update, I was finally able to put some decent time into the game and "button" controls were definitely the way to go for me personally, but even after 5 hours in, I'm still not used to having to hold the L button for camera control. Every single time I go to move the camera, I still do a sword swing first and then have to remind myself to hold the button.

What's funny is I've now gotten more used to not touching the right stick at all for camera control and just tapping the ZL button to reset the camera behind Link, Ocarina of Time style. I guess that's how it would have had to be played originally too.

Quick Looks are what brought me to Giant Bomb originally. I guess those aren't making the right numbers go up anymore? Seems weird for them to seemingly no longer be a priority.

Over the last couple year or so it became clear to me how much of modern GB I loved was due to Dan and my viewership dropped pretty hard when he left. I let my subscription lapse in the last year. I've tried to watch Dan on Twitch, but I cannot even slightly tolerate the whole Twitch "dynamic" of presenters having to be so beholden to thanking and giving their viewers attention that it seems kind of degrading. I was happy to see he's back doing something on GB, but I'm not sure it's quite what I was looking for.

Thanks for the responses everyone, after this thread and watching a videos on the subject, I'm going to commit to the button controls. Having to use the analog stick to do attacks or even basic things like throw a pot is annoying, as is having to hold a button for camera control, but I think I can get used to those things. Some of the issues with the motion controls like flying, seem a lot worse, plus I just don't think my hands can take holding the little joy-cons and using their tiny buttons and analog sticks for a 30+ hour game.

PS this is the video I referenced. It's got a really thorough break down of the differences. Might help anyone else who is interested.

I continue to be flabbergasted that they haven’t brought over the Wind Waker/Twilight Princess HD ports from the Wii U. It seems like such a no-brainer.

Same, this is all I wanted, but Nintendo is very aggressive about protecting the "value" of their games and they probably don't want anything to get in the way of the Skyward Sword port. I'm still holding some futile shred of hope that we could get an announcement after Skyward Sword is released and has some breathing room.

Still, watching Aonuma say they didn't have anything else planned for the Zelda 35th anniversary other than a crappy Game and Watch was a real kick in the teeth.

I let my sub lapse a couple months ago because I got "off cycle" with the sales and was waiting for the next sale, but apart from video streaming services, GB is the only niche/enthusiast website I would ever pay for. Lot of amazing content over the years.

I'm going to miss the Beastcast more than anything.

I love the XBO controller even more than the 360; it's better in every way, there's no reason to try to find a 360 controller at this point.

Do or Jedi Trying

@berfunkle:Pitioss Ruins, I just did that. I despised it! I mean I played through it because I was kind of intrigued by the absurdity of it, but what a ridiculous thing to put in that game. A pure puzzle dungeon would have been welcome...but oh god the platforming required gave me hand cramps.

For those not in the know, it's a dungeon that is extensively platforming based, requiring fairly precise jumps, in a game that controls like the action RPG that is and not a platformer. As a metaphor, think of someone putting a 2 hour long platforming section in Witcher 3, pre-patched movement ;)

I really enjoyed Binary Domain. I was always disappointed that there was no new game plus mode on account of I don't think it was realistically possible to max out all the weapon upgrades in one play through. I would have loved to blitz through the game with OP characters on a second run.

Man, remember when voice commands were a thing for a hot minute? Mass Effect 3 had voice commands for your squadmates too. That concept (thankfully) didn't go anywhere. I wonder if someone will try to bring it back given that the PS5 controller has a built in mic.