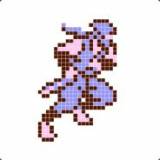 This batch of episodes were the first ones that felt draggy to me since I started watching along and I’m sorry to report that it only gets worse through the next couple of batches. I have a feeling that Jeff isn’t going to enjoy these few as much as he had been. A bunch of cool stuff sure does happen though.

Dragon Ball FighterZ 3 on 3 Giant Bomb X-Coast Battle, let’s go. Would be cool to see the staff play against each other, with everyone controlling their own character.

Did they say when they will continue?

I'm normally on board with Dan's heel shenanigans but if he can simply rename the most veteran character to remake himself then it completely kills any investment you'd have whether a soldier lives or dies. When you can just bring them back via renaming an existing soldier, that in turn kills what I thought was one of the core premise of the series which is about dealing with consequences.

I really hope Vinny sees the comments and fixes the situation. Nothing wrong with bringing Lang back next episode and laying new ground rules on not bringing back dead soldiers (at least not by renaming existing soldiers) because otherwise the premise simply doesn't work.

@yyninja: Despite her tactical mistakes in the last episode, Abby got screwed by the RNG for all the hits she had on her team in full cover so I think it all evens out this episode with Alex.

Dan's mike levels is way higher than the others but seems to be okay from the 4-minute point.

Down for two episodes a week with a B episode focusing on sidestories and minigames.

Fate of the Furious went too far off the crazy end that it broke the movie for me. These movies have done a fantastic job delicately balancing the action, craziness, and "realism" which I feel this movie failed to do. None of the action scenes had any tension because shit was too crazy yet nobody in the cast could die (the World War carZ action scenes come to mind).

I agreed with the guys that Statham's redemptive arc wasn't earned. There was that one scene when Deckard saved Ramsey by pushing her out of harm's way and getting himself pinned under the huge metal door in the process which I think was supposed to tell us he's a good guy now, but they didn't do enough with it.

My ranking of these movies:

Five is the actual most competent and balanced action movie of them all, but Six stretched the craziness to the absolute limit without going overboard and hence the most fun out of them all. Two gets a bad rap but it's the Fast & Furious sequel we deserve. It's a logical progression from the first movie, it's still ostensibly about fast cars, and it gave us "Ejecto Seato, cuz!" Four, despite setting the stage of what's to come, is absolutely inoffensive and therefore completely forgettable.

Shame that they're watching the extended versions for the rest of the series. While these versions are likely available to stream in the US and some other major countries, licensing & distribution deals mean that in most countries only the theatrical versions are available on streaming services. So little is gained by watching the extended ones too, since the time difference between the two versions are only about a minute or two. Not sure if that's worth inconveniencing the audience.

Short of buying the blu-rays (renting's not really a thing where I am), I guess I'm stuck with having to sync the theatrical version up every so often. Was a real hassle to do it for this one.

In any case, this series of podcasts is one of the best things the site has produced! They really should pull in Jeff and do one for Torque after they're done with these movies.

I want to fall through the air butt too!