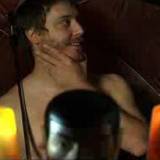 WARNING! This is a super long post about what (really) happened. While nothing of this is official, I have fair confidence in info I've collected.

(Disclaimer: I moderated the subreddit for game on, now produce a minecraft show hosted by the director of game on and recorded live at the twit brickhouse and a friend of various levels to people who made the show happen)

Saying that CAH caused the show to get canceled is mostly* wrong. The show got canceled because it cost a lot (mainly talent, flying is small compared to that, also as a touring magician Brian flies a lot. A LOT), didn't get the views needed and most importantly, advertisers.

So first part, the money. According to a few sources it cost $7k per episode (For those still saying flying is too costly, you can find tickets between SFO and AUS $~200. So about 5% for roundtrip. Not that big of a saving). I wrote a longer comment in the subreddit about the real staff costs (tl;dr: Talent isn't cheap, and so isn't the 2 producers who worked on the show)

Originally the plan was to have it run for 12 weeks and see if it sinks or floats, then there were talks of extending it to 18 and then suddenly the 13th was the last week. What caused the sudden decision of cancellation? Well note the * at mostly wrong.

The "TWiT Army" is a bunch of.... old farts. Now note that I mention the twit army, there's actually a little split in the community that I'll talk about later. Going back to the twit army they're the kind who would say "Well see the flux capacitator in the bcd section of the motherboard has been blown up by..."yeahyeahyeahyougettheidea. They like the talking head format of the shows and would rather keep changes to a minimum. However this has a problem of leaving the community stagnant and not many younger people get interested in those kind of shows. That is also the group of people most of the infamous chat mods are in (obviously). Now the highest concentration of twit army can be found around shows that include Leo. Pretty sure the peak is in security now. Seriously that show is like a sleeping pill. Even Leo roams around the studio while Steve goes on and on....

Ahem back to it. So now there's some shows that don't have Leo as the main host. However most of the shows (exceptions being iFive and NSFW) are basically the same talking heads covering news format just more energetic people. Once again, comfort zone for the twit army, guaranteed viewerbase. However that doesn't guarantee the viewers as seen by the cancellation of Current Geek Weekly and Fourcast (Btw for anyone into more geek culture podcasts check out Frogpants. Especially The Morning Stream. It's pretty good).

So twit's pretty much a network of shows that are just a slight change of topic to make a new show? Well not 100%. Above I mentioned NSFW. It's a comedy show. It has fans who are known as chatrealm, who are not afraid to **** **** up and totally share the text symbol (<>) with this very community. Actually you could draw a lot of comparisons with giant bomb community and diamond club with the love of photoshopping but back to the important story. Nothing like the twit army. In fact most of the fans are from the version before of the show called "BBliveshow". And boy, did the two communities clash. The twit army moaned about how they didn't like the new kids stomping on their lawn.

So it ended up in a split in the middle of the irc..... And by that I mean all NSFWshow related talk needs to be in the #unfiltered channel while rest of twit uses #twitlive. Now there are some important difference between those channels:

So needless to say people more used to being "chatrealmers" would often go watch other twit shows (especially if hosts of NSFW appear on other shows) but meet the banhammer of twitlive when even slightly outside the rules. (obligatory lifesazoo mention, hey if you're reading this D:) ANYWAYS 5 paragraphs of explaining the background later

(Also if anyone feels I was biased towards the chatrealm, guilty as charged. I'd rather associate myself with the chatrealm)

So there's the twit army and the chatrealm. The old folk and the young kids. Perfect setup for a comedy sitcom, right? Well so back to game on. Game on was obviously a chatrealm type of a show. And chatrealm is totally the type of people who would vote for cards against humanity. However twit army is definitely the type who wouldn't want something like CAH on the live stream (even at midnight). So, back to

What caused the sudden decision of cancellation? Well note the * at mostly wrong.

I'd imagine Leo felt some pressure from angry e-mails, and with the show losing money he and Lisa (twit's ceo) decided to pull the plug.

But what about enlarging the new community? Well twit sucks at advertising their stuff. There are still posts of "Oh my god I was a Leo fan from Tech TV and I didn't know of TWiT till now". IT'S BEEN 7 YEARS. If there's people who are super easy to convince to watching TWiT (techtv nostaglia) that don't know about it after 7 years of operation, you've got a serious marketing problem.

Needless to say finding a new, younger audience for Game On was an impossible task for twit. While working on the minecraft show Game On dedication episode (about 3 weeks ago from right now), I got view-only access to Game On doc that was used to run the show. I noticed there was a tab called "Marketing ideas"

So yeah to sum it up I quote my friend vincent404's post in twitgameon subreddit:

The sum it up, I stated that Game On was the only show with potential to go beyond the core TWiT audience. I still stand by that opinion and having the show hit number one on iTunes is proving my point. By simply posting an article on the gaming reddit page, more people are watching the show. Even some who watched The Screen Savers had no idea about TWiT and latched onto Game On. Today, it is showing what the show should have been from day one. I'm glad the show is getting some love, even if that love is too little too late.

I know Justin has stated on his morning show that he felt the crew of Game On didn't do that well and that the failure rests on their shoulders. I beg to differ. I think if anyone is to blame canceling its TWiT. If I were a company that put a good chunk of change into a show that was going to be my next big thing, I would be pimping the crap out of it. I would at least cross promote the damn thing. And I sure as hell wouldn't have my beta episode happen months before my launch episode. And I would branch out and setup partnerships with other sites with related content, buy ads on gaming sites, or at least a damn connection somewhere. It just seems like the show was miss-managed if the goal was 50k downloads.

(I recommend the whole thread btw) [And a TL;DR to capture people CTRL+Fing for it]

So yeah... TWiT itself is to blame for the cancellation of the show. They just couldn't do it. And I dbout twit will try to expand the audience again. They just don't know how to. But there's only so many squarespace websites they can sell for the same people watching.

So it's now ~9 months later. Memes were born from Game On (Max Trollbot). Tributes were made. Chatrealm and twit army are still a conflict of groups of two different ages. I'm pretty sure the twit army has stopped caring about NSFW though, since they could send in a lot more complaints about thesethreegifs from the latest episode than about cards.

But yeah if anyone is slightly interested in twit content, go watch NSFW for comedy (it's humour is pretty compatible with giant bomb's in my opinion), Tech News Today for news (with Tom Merritt, Iyaz Akhtar and Sarah Lane), and This Week in Enterprise Tech for hardcore tech (I'm usually not a fan of enterprisey stuff but this show can be entertaining. Also the host is a priest who doesn't mind doing really dirty jokes (well, while trolling in chatrealm. But that happens every Tuesday night))

As for me, I'll just look forward to Game On getting resurrected on Geek and Sundry... (/s)

@Branthog Guess I just (inside baseball)^2 ;)

So the Watch Dogs gameplay video uploaded by ubisoft had a different ending from live demo.... MULTIPLAYER?!

@Marz: There will be an archive of it on justin.tv in about 2 hours. I'll try and get a copy and upload it to youtube an post it here. (The community around NSFW is also really interested in getting video material of... that)

Is this show/site a big deal? I have never heard of this website until tonight.

TWiT (Network; This Week in Tech) is (If you've heard of Leo Laporte, you'll know), but the show (Shut up and play) is the aftershow to Game On!, a fast paced show about video games which is new so it hasn't really gained that large of an audience

I could have sworn they said the upcoming box is timezone specific.

I think it is. I remember Dave saying something about it on Twitter - for me, it says a lot of quick looks etc. is put up at 3am. I assume that's my local time.

It's really annoying me that when you hover over news stories (headline view) the cursor changes to hand, but if you click anywhere else other than the title (or comments), nothing happens, even through cursor implies that it's a link (I realise it's a css thing (and really, no need to put cursor: hand in the :hover), but still annoying)

Or animated:
12 years ago

Cross-posting from same thread in tested, this was possible during the recording of said tnt, this tweet happened after recording ended