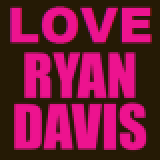 just one of those days i guess..

everybody has them, one of those days..

.. where everything fails and everything goes wrong. today it was my turn.

i had decided last night to move some furniture around to create a "fresh" look in the house. you know, we've all been there at one point, where you get tired of the way it looks and you start switching things up. so i got up this morning. started moving furniture, unplugging machines etc. up to the point where i was ready to hook the computer back up. i wanted hook the audio to the pc and noticed the splitter plug i used was bend and the green piece of plastic from the motherboard was nicely attached to it.. great! luckely i have another splitter plug, hooked it back up and started the pc to see if any damage was done beside the broken off plastic bit.. good thing, it still worked.. so i wasnt to down about it.

i moved along, wiring everything together till the point where i hook my stereo tower to the pc.. no problems there but as soon as i plugged it in for electricity the on button started blinking and a nice buzzing noise was the blinking friend... something that should NOT happen! plugged in several times, read the manual, searched the net.. nothing. my guess... harddrive failure and i can probably throw the thing away because its beyond warranty. the funny thing is nothing happened to the thing.. i lifted it from the closet to the couch, moved the closet, put it back on the closet and hooked it up.. and THAT broke it :S

so im pissed i just lost a 500,- euro stereo set that i really liked, looked at the clock and thought F*CK im late for work.. got dressed and while putting on my socks i hear a nice ripping sound and tore a hole in my sock..

of course i was late for work because of all the crap as well.. so it was a great start of the day. 3 things broken, late for work, a bad mood and 6 hours of boredom ahead of me..