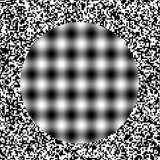 @tanstaafl: Sure, but you don't scream at them on the way out. You let them know that you preferred their old style and give them a chance to change it back, and if not, you terminate your relationship.

Not to stretch that metaphor out, but really, so much of what's been said here is violating the very first rule of the forums, which is something to the effect of "be nice." Rorie's posted earlier that feedback is being gathered, so maybe we can all do our best to civilly post about what we'd like changed, instead of verbally assaulting the new site? It's not that hard, and shouldn't really have to be said in the first place.

Fair enough, I genuinely love the staff the make Giantbomb such an awesome place, and the community as well.. All this is basically breaking my heart and comes from a place of deep respect, but at the same time it's like being betrayed by someone you had implicit trust in. Sorry to any feelings that may have been hurt, but the criticism is still real if somewhat overly emotional.

I've posted several times about my thoughts and they've all been covered here so I won't do it again, but man... y'all can be some real fuckin assholes. I don't mean the long posts, or the ones saying nothing is good. There's a lot of solid feedback in here and lots and lots of suggestion on how to fix it. Calling it a dumpster fire and accusing engineers of killing GB, though? Saying it's the worst website you've ever been to? Some of the snide, backhanded remarks? It would be like if your college professor slapped you in the face and took a literal human shit on your project in front of the entire class, and then you found out they were also sleeping with both of your parents. It's just rude and I'm shocked at how many people feel okay posting such vitriol.

I'm partly guilty, i called it a trash fire.. but, in my defense that was not my initial feedback, that was where i ended up.

I chose that phrase partly to be tongue and cheek but also because i am genuinely upset that the feedback that was asked for was apparently wholly ignored.

To bring the analogy to something a little closer to my personal take on things. Its a lot more like you have a Tutor, they have been teaching you for years and you are happy to pay them for the service. One day they tell you "Hey, I'd like to switch up my teaching style, from now on it will be more like this, what do you think?" then you replied "Well, I'm really very happy with how you've been teaching me for years and I actually don't like much of anything about this new style, can we compromise?" they say "Sure".. Then the next day they come in a completely changed person and don't acknowledge the feedback you had given them earlier. When you ask them "what gives" you are ignored.. So you get upset and probably fire them.

ps- to be clear i'm not saying fire the engineers, they only did the job they were asked to do. i'm saying I as a customer fire the tutor, meaning cancel the website subscription as it no longer does the job I hired it for.

To add some praise to the engineers I just went to the Gamespot site and that looks great, far better then where giant bomb ended up in my opinion and they made it, so i know they have it in them.

Thank you, you've managed to mirror my own thoughts exactly. This rushed implementation; after categorically saying it wouldn't be; has left such a bitter taste that I keep considering asking for a premium refund, as I feel its the only course I have of showing my displeasure.

You can at least cancel auto renew on your membership as i have, they give you a little exit poll where you can explain your reason for cancellation. So incredibly sad it's my only real option as there doesnt seem to be any genuine attempt at addressing feedback.

@49th: I've decided to use an RSS feeder and plug https://www.giantbomb.com/feeds/mashup/ into it for now. That's the feed of everything posted and in reverse chronological order

Thank you, you've pulled this wreckage out of the trash fire!

I've never really used rss before but even the very first viewer i found has made viewing giantbomb content so much better. What RSS viewer do you recommend? I'm using something called feedly now but it doesnt tell me who posted the content so I don't know if its GB east or west. Ideally i'd like something that i can access through chrome like the rest of my content.

I can't put into words how much i hate this redesign. In pretty much every way but mostly from a usability and readability perspective. I think even though i would desperately miss all the premium content I've enjoyed since the sites inception i would have to stop subscribing over this.

ps- Just trying to read the comment above me, i had to give up half way though from the eye strain.

Using the regular site today I realized there was something missing from the beta site I hadn't noticed because I wasn't using it like it would normally.
Videos don't say who posted them, i gauge which videos i watch first based on if they are from GBeast or west. The tone and personality are just so very different I've got to be an a different mood to enjoy content from the west these days and having to click through for every video will get annoying.

I'm sorry to be negative right out of the gate, but i feel like I've set my screen resolution to low when viewing the beta redesign. Everything is huge and takes up too much space.

Also I'm a Netflix subscriber, but I hate their layout and i hope not too much is copied.. I noticed the category feeds ("latest" "popular" etc) are not clickable categories. I would hate the Netflix like design a lot less if they were something I could navigate to a full page view rather then swiping through 4 at a time.. uhg.. not a fan.. sorry :(

I feel like navigating is slower in general, I like the old text drop downs, they are fast and clear. Navigating through multiple pages to find shows then scrolling through 3 or more screens with giant thumbnails rather then clear text feels slower and clumsier. Not a deal breaker but also not an improvement in my opinion.

I do love the new concept of "shows" and "seasons" they should make following a series much easier. Also the new auto play next video is great as well.

Thanks for all the hard work you guys have put in for everyone!

It's free to play so easy to get into for both of you and it's available on PC or ps4 with crossplay so also easy to play together whatever your situation.

It's tanks and airplanes (and soon boats) from ww2 and later(perfect for a 50 year old dad to get into). There's arcade mode if you guys don't have my kinda patience but if you do play realistic battles for slightly slower pace your dad would probably appreciate (also playing smart matters more there).

Uh.. incase you guys do want to join you can use my referral link or better yet use it for one of your accounts then use your own link for the other (it is a free to play game after all ;) )

Maybe i can Hijack this question with one of my own.

Where the hell do i find the old Film & 40s episodes? I don't see them listed anywhere one the site once they drop from the front page. I really just wanted to go into the comments from They live and beg for more after i had so much fun watching it with the gang :)