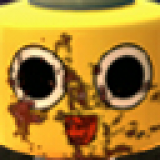 My PC is dead and won't be back on for a bit,which is why my sorry ass hasn't logged in for a while.

@Haruko: Putting their first party games online day-and-date and giving incentives for buying them digitally instead of from a physical retailer doesn't sound like "kicking and screaming" to me.

Despite the fact that the vast majority of Nintendo customers don't even give a shit about buying their games digitally, Nintendo is really getting behind the eShop, which (on the 3DS at least) has come a long way since Wii/DSiWare in terms of the quality of the games, the store interface, and how Nintendo deals with small developers.

I am Holt.5198 and I am interested in subscribing to your newsletter.

I think I still haven't received an invite. If I did and accidentally ignored it, I am dumb and I apologize.

edit: I'm on Yak's Bend and my character's name is Ash Holt, if that matters.

I am Holt.5198 and I am interested in subscribing to your newsletter.

@TEAMHOLT: Unfortunately the law doesn't care what you "think." It cares about what is legal. If you ever get arrested for something try telling the judge you didn't give a shit, see how that works out for you.

Point was, you're not going to make any headway in an argument against used games by citing that they're technically not possessions, because you're probably wrong and just about everybody thinks that argument is ridiculous.

The difference between buying a used couch a used game is quite simple - a couch isn't a creative work. The main brunt of the work is spent creating it, whereas most of the work that goes into making a video game is designing and developing it, not printing discs. Thus when you pay money for a game, it is not for the disc, it is for the content. The content that someone (not Gamestop) payed a lot of goddamn money to make. If you think you should be able to enjoy content without the creator getting a taste just because you gave butt fucking Gamestop some money. Honestly, at least pirates don't waste their money on people who don't deserve it, and they know that they're wrong.

So the work was intellectual instead of physical. I don't see how that makes a difference. Just because they do creative work doesn't mean they have a different set of rights from everyone else, and they still live in the same world that we all live in. They go to work, they get paid for that work, and they are entitled to nothing more than what their employers promised them.

If you've got an axe to grind against GameStop, fine. They are a bunch of buttholes, but moves against used games don't just hurt GameStop.

But it's not the dev/pub's property.
It belongs to the person who bought it.

No. When you buy software, you buy a piece of physical storage medium and a license to use the software. The game itself is never your property, only the disc is. This distinction is important for companies' (sometimes successful) attempts to challenge end users' intent of selling the license to third parties.

I would bet that this is incorrect and that a game disc is more akin to a movie pressed onto film or a story printed into a book, but I'm not going to pretend that I know the law on this stuff. I will tell you this with absolute certainty: Nobody gives a shit. When I buy a game on a disc (or any medium on any media), that is a thing that I own. I perceive PC software differently; If I lose install CD of Photoshop, well I can just grab another one off of a torrent because fuck it, the serial number is what really matters and Adobe couldn't care less where I get the software so long as I have legally obtained the right to use it. Maybe you are right and video games and Photoshop are exactly alike in some legal sense, but that's not how anybody perceives it. Video games are things that you own, people want to have the same rights for games as they have with any of their other junk, and nobody contested this idea until publishers started crying foul.

HEY I HOPE YOU GUYS LIKE WALLS OF TEXT

@TEAMHOLT: Wait. Are you saying that Gamestop has the right to sell someone else's product 3,4,5 maybe even 6 times over and not give anything to the game devs / publishers. What are you even talking about. All this is doing is causing developers to stop caring about story drivin games as much as they do, and focus more on shitty multiplayer

Yes, I am. They absolutely do have that right. Once you buy the game, it's yours. Once you sell it to GameStop, it's theirs.

The extinction of single-player games has been something we've been fearing for years, but I can't say I've noticed a significant drop in single-player games, and publisher's plots to force multiplayer down people's throats hasn't worked out too well for them. Many (if not most) of the biggest games of the year are single player. Some of them have multiplayer tacked-on (Dead Space 2), but people have responded appropriately: Not giving a fuck about the multiplayer in Dead Space 2.

It's sad that someone who puts so much work, effort, and heart into a story. Loses out on millions of sales they should be receiving for there work, to big game retailers such as Gamespot, EBgames, etc. They didn't make the product, why should they make an extra 40$ on half the sales they make?

Because they offer people a service that they want, and there's absolutely nothing shady or illegal about it (except when they try to sell you a opened game as "new"). Developers come up a lot when people speak against used games, but by the time a game hits shelves the developer has already been compensated for their work by the publisher. Yes, a poor selling game can still shutter a developer, but it's the publisher's responsibility to do everything they can to make sure a game is successful, not ours. Shadows of the Damned sold poorly, and was it because of used games? No, it was because their publisher didn't do a good job of selling the game, or it's because most people looked at the game and said "Nah, you can keep that". There are also cases where a game's sales aren't really bad, they just aren't enough to satisfy a publisher that's always looking for the next big hit; compare EA's attitude towards sales numbers of Mirror's Edge versus Atlus' attitude towards the sales of Catherine.

Here's what some consider the worst case scenario: A developer who made a really good, creative game gets shuttered because of poor sales. That sucks, but we're not talking about unskilled, uneducated workers who now have to scrape by for a new opportunity. The programmers and artists that make your games are educated, motivated, and experienced individuals. They will find a new job, and if they can't find a new job, they'll make one, like when Grim and Bizarre Creations got shut down. Where two studios died, four new took their place, and that certainly is not the worst case scenario.

The real worst case scenario is publishers not being allowed to fail because everyone is so scared for the poor developers. If businesses can't fail, the industry can't move forward.

Its crazy to say that story driving games have a "bad business model".

I agree with you 100%. Like I said, I think that idea is dead and we can stop being afraid of single-player gaming becoming a thing of the past. Multiplayer is neither the selling point nor the infinite money pit that some publishers thought it was. However, if you still fear for the future of single player games you should know that awful tactics like online passes aren't the solution, because used games aren't the problem. The problem is publishers not wanting to be smart or innovate, and hoping they can twist your arm and tell you what to do instead of taking risks and trying to change the way things work. Going back to the news story, out of the three million who've played Heavy Rain, one million sold their copies to recoup some of their investment and another million bought those copies at what they thought was a more reasonable price for what they were getting. None of those people did anything wrong, they just wanted value for their money. Sony are the ones who messed up when they decided to charge $60 for an eight hour long single player game like it's 1999 or some shit. I'm not making the argument that a concise, well made single-player experience can't be worth $60, but that is just a bad value to a lot of people and publishers need to face that.

@patronics: The thing is a used couch is used and often in poor condition. There's no wear and tear that makes a used copy inferior to a new copy outside of stuff like Project 10 Dollar, which I consider to be the way to approach it. Hell, I think they should throw whole single player campaigns behind a project 10 dollar wall if you buy used. That'll show people thinking they can buy used without paying a cent to you.

Or everything should just be downloaded. Either or.

The condition doesn't matter, it's a basic principle that you don't get paid for one thing twice. You can't decide "Hrm, you know, I think I want MORE money from that thing I already sold" and hold out your hand. Nothing works that way, and for good reason.

The entire point of a free market economy is that businesses who can adapt and can offer value to people thrive while those who are bad at it fuck off. "Project 10 dollar" doesn't benefit consumers at all, and it screws over even new buyers who's copies of games are worth less on the after market as soon as they punch in their codes. That's just not okay. If a business needs to screw over or inconvenience consumers over to get by, then they're doing something terribly wrong and need to change or fuck off.

A lot of gamers seem to think that publishers are charity cases and have the right to survive, and that it would be the end of the world if they went under. Well, none of that is true. They are businesses, which means they need to persuade people to give them their money, and they never have the right to twist the consumer's arm. If big publishers like EA or Ubisoft go down because of used games, so what? Someone will take their place, and it'll probably someone who knows how to make money without pissing people off.

This was posted months ago on blogs like Joystiq and Kotaku, and I don't know if the guy who made it was interviewed back then, but if he wasn't it's because nobody cared that much; I could have guessed that this took some time and effort to make. Making this front-page news is just untenable.

You are why we can't have nice things. If it pains you so much to read an article (I'm giving you the benefit of the doubt and assuming you did read it) that you have read before, why in the fuck would you ever read more than one website? God forbid you read the same article about MW3 using Steamworks more than once. That would be the end of the world if that happened.