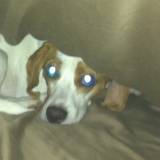 I know that music stimulates the brain.  Listening to music can cause one's brain to flood with memories of times past.  Wonderful experiences.  Horrible times in one's life.  Break ups. Parites.  Concerts.  Long drives. Video games.  Lots of things.  There have always been games that I played where music played a large part of the enjoyment of my experience of that particular game.  As many might mock it, Deadly Premonition was far more enjoyable because of it's music.  I bring this up as a particularly more relevant addition to games I have played where the music transformed the experience, making it one that could have been, oh let's say, mediocre at best, but was transcended into a higher level of greatness because the music was so enjoyable.  Impeccable, even.  (Who would have thought jazz could so infuse a game with such influential sax riffs?)  I can still hear the opener to The Secret of Mana from the SNES and get warm feeling in my loins.  I love it.  It reminds me of a less stressful time of life.  It also brings back the joy of playing that game.  The Legend of Zelda: Ocarina of Time still has music that will randomly pop into my head many years after I originally played it.  It is an important aspect of the whole process of absorbing the gaming experience and is one that I always look forward to.  What do you guys think?  What is your favorite game music?