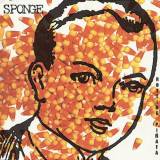 After the announcement of Sonic the Hedgehog 4: Episode 1, I feel I should go into a detailed breakdown as to why it is just impossible for me to give a shit about Sonic the Hedgehog anymore. There are two franchises that I used to cherish more than anything. Those would be Sonic the Hedgehog, and Tony Hawk’s Pro Skater. Suppose I could break down my hatred of what Activision’s done to Tony Hawk later, but for now, a look back on how I came to gave up on Sega’s flagship series.

The game that introduced me to video games. My house as a kid had a NES, but I never really fiddled around with it much. It was when we got a Sega Genesis and Sonic the Hedgehog that my love affair with gaming began. It was so goddamned amazing to see in motion, to control, to play. The music, the levels, it was just so damned amazing.

Fuck, this is great! I love this whole damn thing, aside from maybe Metropolis Zone, fuck those exploding star fish robots. Mystic Cave Zone has the best music ever. Holy turd I can turn into SUPER SONIC. I can’t even see where I’m going, okay maybe I should avoid doing that. Getting Tails murdered in brutal ways is great!

This is the best video game ever made.

Well… okay. This isn’t as good as the other games, but it’s alright. Those barrels are a real dick move. Oh… great, I can play as Tails now, man, fuck Tails.

Not a big fan of Knuckles. These levels aren’t nearly as good as anything in any of the other Sonic games, but this is still okay, I guess.

There was awhile where I owned a Sega Saturn, but stuff like NiGHTS and Sonic R didn’t really catch on with me, the most I ever did was rent both titles… only got to really further play both quite a few years down the line.

This calm though kind of reflected my own tastes for quite some time, though. For awhile I dropped out of gaming and started to focus on collectable card games in a big way. The only gaming I got done for quite a number of years was playing a shit ton of Pokemon on my Gameboy Color. But my brother’s had a Playstation way back when so I never completely forgot about gaming. I just wasn’t into it as much as I used to be.

And then the Dreamcast came around, and my old Sega fandom started to stir in me again. The console’s launch was near my birthday, and it was obviously what I wanted more than anything in the world that year. I had to wait a few days after the launch of the console, knowing that it was somewhere in my house, locked away waiting for me.

What made the wait somewhat bearable was the fact that I broke my left thumb two weeks before the console came out. The irony was quite painful. This wonderful console with a thumb stick, and the thumb I needed to use it was a twisted mangled husk. Well, not twisted and mangled, but for whatever reason, a broken thumb requires an entire arm cast, so playing with my Dreamcast on that fabled birthday took effort.

Sonic Adventure (the beginning of the end)

Man, for a brand new entry into the Sonic the Hedgehog series for this new super awesome powerful console, this game got off to a slow start. So there’s a puddle monster, and Sonic shows up, and I have to fight the puddle monster with a terrible fucking camera. But hey, now I finally get to the beach level, and that is pretty awesome!

Right away though, something was amiss. What made me think that? Sonic’s friends. So I tried out a couple of Tails’ levels, and those were… okay. The idea of flying to take short cuts to race something was interesting, even if it wasn’t that good. Then there’s Amy Rose… and Knuckles, and E-102 Gamma, and Big the fucking Cat. There’s like two hours of Sonic, and ten hours of bullshit. The Super Sonic level annoyed me as well. I was hoping that beating everything would unlock the ability to play as Super Sonic in normal levels, but no, there’s just a one level thing that provides resolution to the game’s laughably pathetic story.

But… it was okay, right?

Whatever, my Dreamcast kept me enthralled for many different reasons, and Sonic was never one of them. Instead it was stuff like Marvel vs. Capcom 2, Crazy Taxi, and many other classic stuff.

WHEN THE FUCK DO I GET TO PLAY AS SONIC?! Tails is even more lame to play now, I hate emo-Sonic, this is awful, the music sucks, when do I fucking get to play as Sonic? Rail grinding is so fucking stupid.

As odd as it is to think about, the only reason I played as much of adventure 2 as I did, was that I had the GameCube version, and my kid sister really liked playing the battle mode stuff. That was okay I guess, but the main adventure only had like two levels worth replaying.

Sonic Advance 1 did a lot to bolster my spirits. It felt like a really good Sonic game, and I could play as Sonic through the WHOLE game! The level design wasn’t that great, looking back, and the sound in the game was pretty fucking awful on the whole, but hey, it was alright.

The second game? Not so much. Too much focus on pointless speed and rail grinding type moments, every level was the exact opposite of fun to play.

Then the third game came out, and was pretty broken, and still not fun, and still had shitty levels and audio.

This mechanic is pretty dumb, but this first level is… okay? The game keeps going downhill though, and man, if I have to suffer through ONE more cutscene, I will fucking stab my ears and eyes out. Once I beat this game, I never touched it again, and tried to quickly forget it existed.

Alright, this game is really awesome. It’s actually really flawed, kind of janky, and unbalanced as all hell, but as a multiplayer fighter, it was great. Having a bunch of people scrambling around on that beach level with crazy powers and attacks was insane, and the ability to pick where you respawned was actually quite clever.

The single player would have been way better if it wasn’t for the insipid story being shoved down my throat.

This game is too automated for its own good. The fact that they have to trap you into rooms to ever have a decent fight with the enemies should have said something, but they seemed like they wanted the focus to be purely on pushing a single button and winning the game. The soundtrack however, was goddamn amazing.

Someone must have told Sega that Sonic Rush was purely focus on playing the levels, and thus a whole gamut of annoying bullshit had to get thrown into this sequel. The soundtrack wasn't nearly as good, and when you finally got INTO the levels, they weren't nearly as good as the first game, which already weren't that great.

Oh my god. I paid money for this. I paid united states currency for this. This is the worst thing in the universe. If you subject enemy combatants to this game, it is considered a war crime. There is nothing to enjoy in this, it is the worst product Sega has ever made.

No. No more. You know what? I quit.
7 Comments
Load Comments