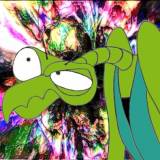 This educational film was found in the depths of the Depths, hidden in the stomach of the Gaping Dragon. It is a historically accurate document that was lost in time by Kirk, who has since lost his way and doesn’t follow the rules the video so rightly laid down.

Enjoy... or don't, those are your choices.

Saying the world of Dark Souls is vague is putting it lightly. This game drops you in with literally nothing except a few hastily scrawled messages on the floor of the prison cell around where you awaken and it is up to you, the player, to find exactly what the hell is going on in Lordran.

Heck, perhaps you didn’t even know the world of Dark Souls is called Lordran. It’s not mentioned much. If you do a little digging into the game, you can literally piece together everything from the lore of the world to unique attacks that aren’t mentioned at all during the entire experience. Dark Souls is a game about learning, and maybe if you watch this video you could learn a thing or two about the amazing game Dark Souls.

You produced that video? It's very well made.

1. The time you first see a Colossus in Shadow of the Colossus.

2. When you exit Vault 101 in Fallout 3, and are greeted with an enormous wasteland.

3. The twist ending to inFamous.

Yeah I made it, I make reviews, previews, guides and (as of now) Top 3 lists on YouTbue. I also do a thing called Data Stream which is kind of a rip off of Gamespot's Escape From Mount Stupid.

Anyway, I've never played inFamous but FO3 is classic and SotC wouldn't make the list because every single moment of that game is amazing. Shadow of the Colossus would have to be reserved for a 'Best Games of All Time' list or something.

Anyway, thanks for watching it and I'm glad you enjoyed it even if only mildly. = )

I realize choosing 3 moments among the thousands of special moments in gaming is tough to muster and I have definitely not played every game in existence. Meaning, this list is simply the opinion of myself and my perspective as a gamer.

I hope you enjoy the video.

That being said, I had a difficult time choosing only 3 things in gaming. I wanted to say things like "the last boss in Bayonetta, the ending to Shadow of the Colossus or Kain's betrayal of Razziel in Legacy of Kain" but I think those situations belong on a different list like 'Stunning Betrayals' or 'Insane Boss Fights' so I tried to keep it pertaining to several gaming situations that I was caught-up in the moment and didn't feel like that influential moment related too heavily to some other sub-category.

So, try to keep it as spoiler-free as possible and let's hear THREE gaming moments that profoundly stuck in your mind as a gamer. It's not as easy as it sounds.

I was playing Metal Gear Solid a few weeks ago and I've seen some of the teasers for MGS5 which has a possible young Psycho Mantis in the game. I've always loved Psycho Mantis, I think he is one of gaming's best characters and I've always wondered about a game featuring gameplay as Psycho Mantis. He's a badass and I think it would be cool to play as him.

What other game characters do you think are awesome and wish you could play as?

@terramantis: Either way, his was shorter, cut a million times better, and funnier than yours.

No reason to be a dick about it.

Nah, it's the internet; where people disregard human decency and forget how to act with any shade of respect or courtesy because there is no consequences to being an ass. Regardless he's wrong, it was a BILLION times better... if not more times more betterer. I do give him points though for knowing the difference between than and then, that's a lot better than the average dibble-spoken faceless trollers on the internet.

@hedfone: I didn't copy squat there chief, he just released his version faster... and with a shit ton more views it would appear. If you jump into Gamespot forums from last night you could see time stamps on comments I made about making this, before anyone really saw that version I'm sure.

But whatever... TWO people had similar ideas!!! IMPOSSIBLE!

The talking points for Xbox One felt as though they were aimed at a mass audience, in place of a gamer audience. They spoke of all the mainstream things associated with the Xbox community and that demographic; like EA sports games, fantasy football, Halo television show and topped it all off with a Call of Duty cherry on top. These are all things that sound fine and I undoubtedly know some of my friends will enjoy these focuses, but as a gamer, these were issues I couldn’t care less about. I haven’t bought an EA sports game in over a decade, I don’t do fantasy sports and I’ve never gone out of my way to purchase a Call of Duty game, sure I’ve received a few from Activision to review, but that’s beside the point. The point is, as a gamer I felt that I was left out, the Xbox One reveal left me feeling alienated in the one place I never should.

Microsoft tried to appeal to a mass audience -- the one that really cares about this "All-in-One-Entertainment" idea -- but as a gamer, all I care about is a system to play games. And seeing how other people who are like myself would be the voice to discuss the Xbox One over and over until its release, they did a shoddy job appealing to the gamer audience -- the one that should really matter.

It seems they forgot one really important aspect:

Games make the system, not the other way around.

This week's episode covers EA exec, Andrew Wilson, and his stock purge, EA 's Online Pass discontinued, Ubisoft's fiscal year for 2012, Biden on violence in gaming, Lords of the Fallen announced with brief comments from the Senior Producer Tomasz Gop, and a quick look at Hellraid and Shadows of the Eternal gameplay and Kickstart. ENJOY!

@bestusernameever: There's no other reason to play games beyond hair bacon.