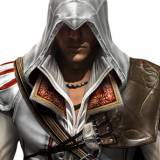 –Funcom to intensify closed beta testing and open up for large-scale public beta events in preparation for the June 19, 2012 release date–

Durham, USA – February 21, 2012 –Independent developer and publisher of online games, Funcom, today announced that the highly anticipated massively multiplayer online role-playing game ‘The Secret World’ will launch on June 19, 2012. Originally slated for an April launch, Funcom has decided to invest more development time into the title in order to apply even more polish before launch.

Feedback from hands-on press events and beta testing has proven very positive, and Funcom intends to spend the additional development time focusing on polish and tweaking to maximize the potential of the game. The beta feedback so far is showing very positive reactions to core game features such as the role-playing systems, combat, missions, dungeons, story and immersion. Among the beta testers surveyed, almost 9 out of 10 say they will play the game at launch.

More than 750,000 gamers are now registered as beta testers, which is significantly higher than Funcom’s previous MMO ‘Age of Conan’ had at the same point in development. Funcom expects the number of beta registrations to grow significantly in the coming months, as the company ramps up its major PR and marketing initiatives towards launch.

“Allowing for even more time to polish the game really shows just how much faith Funcom as a company has in ‘The Secret World’ and how committed we are to making it the best it can be,” says Creative Director and Senior Producer Ragnar Tørnquist. “The additional time will also allow us to carry out even more quality beta testing, and soon we will also be announcing several public beta events where hundreds of thousands of gamers will get to test the game prior to launch.”

Following the first hands-on press event last year, ‘The Secret World’ was heralded as “one of the most distinctive MMO’s of the last 10 years” (Videogamer) and MMORPG.com went on to predict that “The Secret World is going to take the world by storm and set new standards in excellence in gameplay.” This month, Funcom is doing another extensive round of hands-on sessions with select press, showcasing all new content and mechanics. New press previews are expected to hit later this week following the hands-on events held throughout February where journalists from over 50 outlets worldwide attended.

’The Secret World’ is published by Electronic Arts Inc. (NASDAQ: EA). Those looking to join the ongoing beta test can sign up via the official site at www.thesecretworld.com.

And waiting for the next delivery of ubi with respect to this great game, But  What do you think it was the best of the series so far ?.
I'm a fan of rpg I know tastes like on which you play rpgs
thanks for everything

edit: do not know if it's something you can ask here because if I'm wrong tell me where you ask him

for Christmas or earlier?