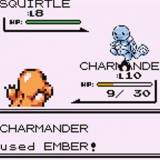 Hey guys so I was very excited last week when I learned of a way to play my console video games on my laptop. I am in college with 3 other roommates who LOVE themselves some TV and I don't really enjoy watching soap operas and dramedies so there began my epic quest to find a solution. I ran across the obvious friend of cheap solutions by typing it into google and I was presented with this product called easycap. I promptly went to Amazon.com and purchased one of these little usb dongles for 10.39 anticipating its arrival evermore by the hour. When I finally got it just two days later I was confronted with the issue of windows 7 64bit. That's right my version of easycap and my version of windows 7 were not compatible (way to go Microsoft). I then spent 5 hours Wednesday followed by 3 hours on Thursday searching for drivers that would allow the sound of the video game to translate into audible tones, but to no avail. BUT THEN! I saw the light at the end of the tunnel, windows 7 32bit would work and I am just in luck because at UW (University of Washington) we get free downloads of windows 7 ultimate, Microsoft office 2010..and a host of other "learning enhancers". So I now have a lovely easycap working on my laptop, and the experience has been fairly beautiful. Other than the fact that I've been abusing both my laptop and easycap by playing...one of the worst games you could ever play, that's right Sonic the Hedgehog...for the xbox360. Yeah...anyways I am highly enjoying the experience, but it is fairly sad that it took me 72 hours and the fact that my school is so close to Microsoft's headquarters to make something that says "works with windows7" to actually work with windows 7. I will leave you all with a picture of Sonic '06 at it's finest...

Recently I've been doing a lot of retrospective on the life and times of sonic the hedgehog for some strange and odd reason. I went through a few LP's, from sonic 1- sonic adventure 100%...yeah I know lots o' sonic. While I was learning and watching these things many questions arose for not only the sonic characters, like why on EARTH would sonic team or sega for that matter waste time creating levels where you fish...in a SONIC game, where you use a SLOW character that is a cat...named BIG. What justification is there for such an egregious error. I mean seriously the guy's story in sonic adventure *SPOILERS* was to find his froggy(which you happen to fish up 4 times before you ACTUALLY catch him)...who swallowed his "lucky charm" which was a chaos emerald. Then Robotnik needs the frog's tail to complete chaos....WHO CREATED THIS STORY? seriously!!! I wont even begin on the topic of the voice acting I will be typing for days about what they did wrong, that is for another blog when I have time to complain a bit more and "SPOIL" some more of this precious sonic adventure lore (anyone want to help me create some awesome sonic fan fiction?) .

Anyways one of the big things that has struck me over the whole of sonic and Robotnik's relationship is how clumsy Robotnik is in all of his plans. I entirely understand the dynamic of the hilarious villain, I watched my fair share of Elmer Fudd, as well as my love for Dr. Nefarious. My issue with Robotnik is his sheer lack of motivation, for instance why on earth would he use animals to power robots? what is the logical human idea that comes to the point of using helpless chickens to fight off the forces of good? Also what is the point of him using the chaos emeralds? It seems as if he doesn't know what to do with them when he gets them he just wants them because sonic wants them, is that a good enough reason to have them Robotnik? Another thing in sonic 1 why is sonic even fighting robotnik? there is ABSOLUTELY no reason for it and Robotnik isn't even going after the chaos emeralds in sonic1 or 2 so why does he get this fascination with these crystals later?

I understand that these questions will never be answered and subsequently I'm angered/frustrated with the sonic series for being lazily put together after 2 and too long in 3 and knuckles but does anyone have any further advice or questions for the Eggma- I mean Robotnik?

Hey so this is my first of many video game blogs and I was just thinking about a fairly important concept in today's video game sphere. (yes I like the word sphere...so should you!)  Last night I was checking the "Giantbombsquad" twitter and I found this "community" podcast called the Bonusexp podcast which was hosted by some guys that have a video game blog/website/thingy they are all working toward. It reminded me of many of the past small journalism squads I used to keep up with near religiously, before I kinda downward spiraled into one place for video games gamespot and then here. It also piqued a few questions in both my business mind and my journalist mind. the business question was "Is starting up a video game journalism hub profitable anymore?" which of course lead to more questions. My other question in my journalistic mind was "Do we need more video game journalists?" Of course this question harkens back to another idea of "does the world need more opinions?" and if you judge based off of the millions of people in tweetland, and facebookvillage one would argue that opinions are more valuable than anything today....if only we could harvest it for all of its energy....the world would be a better place. I was looking at IGN and Gamespot and Kotaku and Giantbomb and wondering what other part of the journalism market needs to or can be covered at this point? I have no firm conclusion on any of my questions at this point but I have come up with my own opinion based off of a little thing I read from a certain Jeff Gerstmann. He was responding to a question about video game reviews and said that "people should get as much information about a game until they are certain whether they should buy it or not" (he actually wrote much less than that) essentially stating that as long as there is more or different information out there about a game it makes the consumer more aware of what they are spending their money on. This industry doesn't have an Ebert and Roeper because Halo doesn't cost 10 dollars, and the more a consumer knows about what they are purchasing, the better the video game industry is as a whole.

Now on the scale of profitability things are a lot different, so I won't go down that rabbit hole just yet, but I think I am coming to grips with the fact that we don't need more journalism, but the more outlets for one to understand a product and get the most out of it there are, the better.