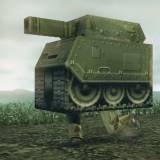 who would win? episode 1 the Doom guy VS B.J. Blazkowicz

Hello and Welcome to the first episode of "Who would win?" let me break it down first before i get into todays "battle"

!. this is a vote based competition against game characters only

2. how the characters win is determined by vote (including my own)

3. i will do the follow up episodes whenever i feel like it :P (and based on demand too so send me a message or 2 if you like it)

and last but certainly not least 4. have fun with it and on that note on with the show (hopefully i can afford a camera and do this on you tube or something :P)

the two classic FPS games that are specifically what i have in mind for this competition/blog thing here today: WOLFENSTEIN 3D and DOOM they are influential games from the early 90s, they have popularized the FPS genre, and even though they weren't the first, at the time, they definitely were the best. they may not be pretty to look at by today's standards but they were amazing milestones back then tech wise AND gameplay wise.... ANYWHO :P today's competitors:

DOOM GUY: He escaped from hell literally and he kicked some alien/demon ass while doing it he has access to weapons tech that we only dream of in certain cases and has the skills to use it on the hordes of undead and demons. heck he even destroyed a giant mechanical spider demon with miniguns attatched to it.

B.J. Blazkowicz: he escaped from a metaphorical hell in the form of a castle, he rocked the nazis in WWII WAY before Call of Duty, Battlefield, and even Medal of Honor...and by himself too so he earns his place among the bad asses of videogames. oh did i mention he has killed Adolf Hitler in a robot suit?

Both these bad ass FPS icons can each hold their own against zombies and demons and nazis alike. they both are part of the ID "universe" 2 different worlds, 2 different time periods. this would be a battle for the ages if they ever met in combat.

do you have a favorite out of the two? vote how you like based on your own opinion.

Place Your Votes in the Comment Section Below and the Winner will be shown in the next episode.

if you have any comments about this blog message me instead i would love your feed back on things like, should i do this again?, or who would be next to face off? or changes to the format? (like where the pics should go for example) cause seriously folks i thought this up in a matter of seconds